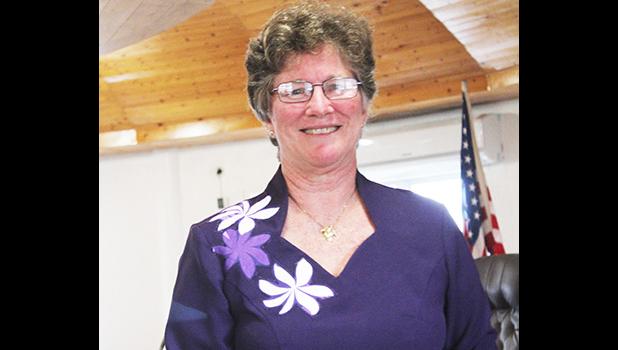 Pago Pago, AMERICAN SAMOA — “Because of the COVID-19 pandemic, we are doing more home deliveries now than before,” Evelyn Lili’o Satele, the now fully Fono confirmed director of the Territorial Office of Administration on Aging (TAOA) said of the senior cooked food program during her Senate confirmation hearing last week Thursday where later in the day she received a unanimous 18-0 vote of endorsement, while the House approval was earlier last week.

Lili’o Satele, who moved here with her mother and brother in 1967 is a 1971 graduate of Samoana High School.

“We are delivering to the far-east and far-western villages. And also the north shore villages to eliminate their need to come over the mountain where transportation may or may not be available to them,” said Lili’o Satele during her 30-minute confirmation hearing, where some senators voiced their objection to the current cooked food meal program for seniors instead of the food voucher program, which was terminated more than two years ago.

Senators argue that senior citizens prefer food vouchers and urged Lili’o Satele to return to the voucher program, allowing senior citizens to buy what they want and need.

There were also senators who questioned whether the food is safe being prepared by workers at the certified vendors — the businesses that provide the hot meals for the program.

Lili’o Satele, who has served at the same TAOA directorship post for the Lolo Administration since 2017, explained that the food program is called “Congregate Meal Program”, funded by the federal government and as with all federal programs, they are designed for the U.S.

She explained that the program’s goal “is to bring seniors out of their homes” — those who have no families living nearby — giving “them a chance to come out and socialize.”

“I know that we are in a different world here, we have our families with us — our grandchildren, our children,” she said, adding that “we cannot risk the integrity of the program by going back to the food vouchers.”

The veteran-educator also informed senators that TAOA almost lost the food program “because we were doing the food vouchers”, which was “never allowed” and it took several years for American Samoa to stop the voucher program.

“If we provide food vouchers, for some people, it can put them over the (financial) limit and they will loose benefits in other programs,” she said and noted, if, for instance they are found to abuse the program, they could be in jeopardy of having to have to pay back every cent received.

She shared with the committee that, “our next contract, beginning in April, will see more of a restaurant style setting” where senior citizens will go to a restaurant and have choices — such as buffet style.

Should the threat-level elevate to Code Red — which is when there is community spread of COVID-19 locally — TAOA will be delivering “meal boxes”, which is the federal term, to recipients of the program, according to the director, who points out that the meal box includes a frozen case of chicken, a case of saimin, fresh local produce — taro, breadfruit and banana — rice, and water.

There were also questions from at least two senators about senior citizens currently going to designated restaurants to pick up their meals and whether it can be delivered. Lili’o Satele said if a request is made for delivery, “we’ll hand deliver”. Furthermore an authorized recipient can pick up the meal for the senior citizen.

Lili’o Satele further explained that some senior citizens live in Tafuna area but they work in town, “so they will pick up at Emelio’s restaurant” — the center for the bay area — and the senior citizen has the option of taking it out or sitting in to dine at the restaurant.

She also identified the “centers” where the meals are distributed.

Aside from the concerns over the cooked meals instead of food vouchers, senators who spoke during the hearing all praised Lili’o Satele for her work at TAOA, as well as her more than 30 years of experience in education.

At the end of the hearing, Sen. Magalei Logovi’i asked Lili’o Satele to make it a “priority” for DoH to check on workers who prepare the cooked food for the meals, as this is a serious concern raised by several senators.