Extreme heat for American Samoa on tap for the coming week 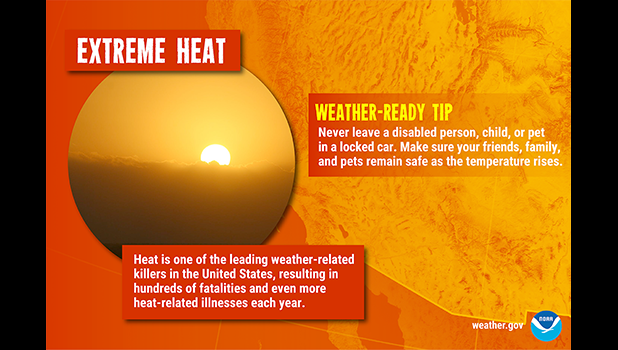 Pago Pago, AMERICAN SAMOA — More HOT weather is in the forecast for the upcoming week.

Remember to take drink plenty of fluids, seek shade, and watch for signs of a heat related illness.

Model data shows a strong ridge stretching from the Solomon Islands to the French Polynesia Islands remaining stationary throughout the forecast period. This high pressure will likely be the dominant driver for the weather in the next couple of days.

As this ridge is in place, two tropical systems further south, embedded within an active trough continues to build and migrate southeastward. These systems will act as a suction, pulling in all
the moisture contents as it moves southeast into subtropical
environment.

Another broad area of high pressure following the two systems will try to push the trough line closer to the
territory by at least midweek. However, models are suggesting that the strong ridge will remain over the area, holding the trough south and away from the islands.

One other feature to take notice of are the mid to high level clouds shown on the satellite imageries streaming across the area, as a blanket, limiting the heat released from the surface and keeping dry conditions over the islands. This will have heat exchange effects closer to the surface keeping warmer than normal high temperatures, in the afternoon to early evening times across the region. This is also depicted in the upper air profile. Winds will also remain light and variable throughout the forecast period with passing showers likely.

Therefore, expect isolated showers and light winds to prevail for this forecast package.
There are currently no tropical developments within the area of responsibility (AOR) to impact the territory for the next 7 days from Saturday.