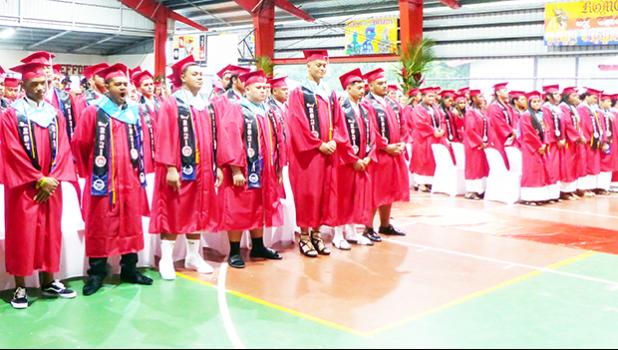 Pago Pago, AMERICAN SAMOA — At the 53rd Faga’itua High School Commencement Exercise, 116 seniors for the Class of 2021 received their high school diplomas during the graduation ceremony at the school’s gym, yesterday morning. The graduates are seen in this photo standing at the start of the ceremony, under the theme “Igniting the Flame to Empower Leaders for Tomorrow”.

Fagaitua High School is one of the most recognized government high schools in the territory, as well as off-island, through its highly energized alma matar that has played a huge role in keeping the school on the mark not only through its strong support of the school’s powerhouse football team but also its academic standards. Igniting the flame to empower its student body and graduates is a given at the home of the Vikings.