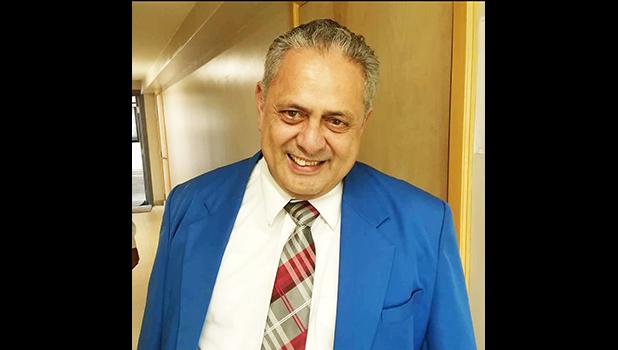 He wants the SSIC to look into the matter and investigate
By
Ausage Fausia
ausage@samoanews.com

Pago Pago, AMERICAN SAMOA — During the House Session this week, Swains Delegate to the American Samoa House of Representatives, Su’a Alexander Eli Jennings stood up and clarified in the House chamber an original request he had made on Feb. 18, because the House journal had not correctly stated what he really meant.

According to the journal, “Su’a asked to be clarified on the benefits for Swains Island from the Federal Government through the CARES Act. He pointed out that Swains Island received very little of the millions received.”

Su’a clarified his statement saying that was not what he actually said on Feb. 18. He said he was asking the Speaker of the House, Savali Talavou Ale to request that the Senate President and/ or the SSIC (Senate Select Investigating Committee) chair consider including an investigation into whether the ASG has violated the constitutional rights of Swains Islanders.

He wanted to make it clear that he did not ask for any funds from the CARES Act nor had Swains Island ever received any such funds.

Vice Speaker of the House, Fetu Fetui Jr quickly interrupted and said that the matter Su’a is trying to explain is inappropriate and issues like this should be discussed in the chamber.

Fetu said that if the Swains Delegate believes that the constitutional rights of the people of Swains Island have been violated by the ASG, find his own way to deliver his matter to the SSIC, but not through the House of Representatives.

The Speaker added that “we cannot submit recommendations to the SSIC, and we are considering other options for this matter.”

Samoa News spoke to Su’a and asked him to explain more about his issue and what he really wants the SSIC to do.

He explained that he only wants the SSIC to look into the matter and investigate, whether Swains Islanders constitutional rights are being violated.

“It all started in July 202I, when I was informed that Swains is only eligible for $3,400 out of the total $1.4B allocated to American Samoa under COVID 19 Assistance. That is like the ongoing practice of allocating only $50K to Swains Island out of an annual ASG Budget of over $400 Million,” he said.

Also, during that time, Su’a said that he heard the Senate President inform the Attorney General in a hearing that it was the AG’s responsibility to find ways to qualify American Samoa under these fundings, not just say we don’t qualify, which also motivated me to do the same for Swains Island.

He said his letter to the ASG Leadership on July 28, 2021, was not merely to highlight the history of Swains Island or the representation of Swains in the House of Representatives. It clearly raised conceivable violations of the Constitutional and Territorial rights of a U.S. Territory (Swains Island) and its U.S. Nationals.

He said that every time a rule violation is questioned in our Sessions or Committee Hearings, we immediately stop everything and clear the matter before proceeding. Even more should apply to the cry of Constitutional Rights violations.

“We are not just talking about 8 months of waiting for a response to my letter of July 28, 2021, we are talking about 56 years of oppression since 1966 when this Constitution was last Revised (The same year Swains Island's economy was devastated by the collapse of the copra Industry and the last shipment of copra left Swains Island.)  Even more profound is the devastating effect this has caused to Swains Island, our people and culture.”

Last year, Su’a wrote to ASG leaders and the Fono requesting assistance for the people of Swains from the American Rescue Act funding.

According to Su’a, Swains island first became a Territory of the United State in August 1856 under the Guano Act and went on to be very prosperous in the copra trade. Then at the request of the U.S Navy and the U.S State Department, along with the support of President Calvin Coolidge, Swains island was made a part of American Samoa by an Act of Congress in May 1925.

“Swains island immediately contributed to the newly formed government with tax revenues from the copra and became a greater economic factor by bringing in over 200 miles (or several hundred thousand square miles) of ocean to the U.S Exclusive Economic Zone (EEZ) that has fed the canneries for nearly 70 years,” Su’a said.

The collapse of the copra industry in the 1960s not only devastated Swains island’s economy but it exposed the destructive force of its political status as part of American Samoa — incapacitating a U.S territory to near annihilation.

Secondly, the tuna industry continues to show evidence of decline and an unsustainable future.

“Despite our contribution to the American Samoa economy for nearly 100 years, as well as the dedication of many of our men and women who served honorably and sacrificed their lives in the United State Armed Forces, Swains island received no compensation for the depletion of its ocean resources, and no assistance for basic human needs to sustain life,” Su’a said.

According to Su’a, they are unable to live on their land and have no resources to combat the effects of Climate Change that is impacting every island in the Pacific. There are no resources to protect against illegal entry by foreign fishing vessels or government. Despite annual budget allocations for Swains island transportation there’s not been a trip to Swains island for 4 years after numerous attempts and requests.

“It is arguable that this territorial government has practiced a policy of relocation, de-population, civic abandonment, and disenfranchisement (exclusion, alienation) that is in effect compulsory (forced) rather than consensual, and that is not consistent with due process and government by consent of the governed under the federal and territorial constitutions.”

There are political inconsistencies. According to Su’a, the U.S government repeatedly and formally recognized and confirmed (including the 2011 letter from DOI) the right of Swains island to a legal and political status, as well as public governance by the federal and territorial governments, on an equal basis with the islands of Tutuila, Manu’a and Aunu’u.

“Like other U.S. Territory Delegates to Congress, the Swains island Delegate to the American Samoa Legislature can introduce bills/ resolutions, chair committees, vote in committees, but cannot vote in the chamber for the final passage of Legislation.”

He also said that like other U.S. territories with delegates to Washington without a Senator, Swains island has no Senator in the Fono and has been paying taxes without representation and depleting its resources for nearly 100 years.

In closing, Su’a has two requests for Swains — a representation in any Constitution or Political Review and a request for at least two trips a month to Swains like is done for Manu’a and thus allow for the repatriation of island residents.

Finally, Swains is requesting $10 million from the American Rescue Plan Act for infrastructure development and to provide employment for Swains island residents. Also an additional $3 million annual budget to maintain essential services for the people.