Faipule question HR nominee over changes made prior to her confirmation 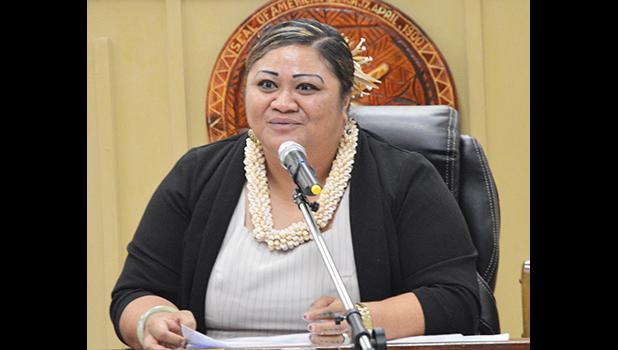 Pago Pago, AMERICAN SAMOA — Before the Director for the Department of Human Resources (DHR) Lynn Pulou-Alaimalo was approved by the House of Representatives last week, several faipule told her that the changes she had already made within the department affected some of the department’s longest serving employees.

Her nomination was confirmed by a vote of 16-3 last Thursday morning in the House, after a more than two-hour hearing. The nominee appeared before the House Government Operation Committee for her confirmation, and the hearing was chaired by the committee chairman, Rep. Faimealelei Anthony Fu’e Allen.

Faimealelei said he had been questioned about why the confirmation hearing was delayed and he said had it been held earlier, he wondered how it would have ended.

Faipule made it known to the nominee that they had received letters and phone calls both for and against her confirmation. She was generally praised and commended for her resume and most lawmakers gave advice rather than asking questions.

Fofo Faipule, Andra Tereise Samoa told the nominee that she was really concerned over a number of personnel issues happening in the department. She said that she has a constituent who had served with the DHR for 41 years and she has just retired. While serving with the department she spent a lot of time training a person, a person that would help put value in the department.

“Unfortunately that person is not there because of your change,” Samoa told Pulou-Alaimalo. “So I’m sure with your humility and passion you see the value added of some other people who also want to make a change and follow rules and procedures.”

Vice Speaker Fetu Fetui Jr echoed Samoa’s concern and told Pulou-Alaimalo that he has a son who was also affected by her changes. He advised her to show love to the other human beings who work hard to feed their families and pay their bills.

Some lawmakers used the confirmation hearing to express their constituents’ disappointment with the rollback of promotions and salary increases ordered by the governor.

Rep Vailiuama Steve Leasiolagi said he met with Pulou Alaimalo twice because he wanted to hear from her directly about some of the allegations against her. He pointed to the governor’s orders to rollback salaries, promotions and conversions from contract to career service, which did not follow the law.

The Fagatogo Faipule advised Pulou Alaimalo that she needs to do the right thing, follow the law and treat everyone the same — not just the people who voted and supported Lemanu and Talauega.

“My advice for you, remember that we came in as a team, we stick as a team and we will walk as a team,” Vailiuama said.

Faipule Larry Sanitoa pointed out that the approved Fiscal Year 2021 budget for ASG includes the salary increases and promotions which are now being rolled back. He urged that the director look out for those at the bottom of the pay scale and ensure fairness and equity.

Sanitoa also advised Pulou Alaimalo to surround herself with good people because if you don’t have the good people around you, all of your plans will never be fulfilled.

Vice Speaker Fetu Fetui also expressed his disappointment with the rollback order. He declared that the promotions and pay increases were approved by former Governor Lolo Matalasi Moliga, and the roll back is wrong. “One of those affected is my son,” he said.

What he found disconcerting was that the present Governor was present when the promotions and salary increases were approved by Lolo.