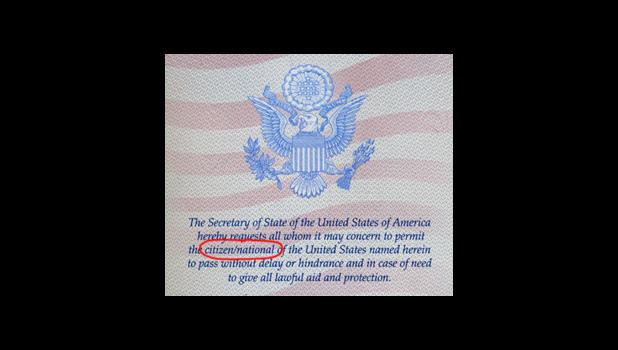 Based on a media release from the Office of the Congresswoman

Washington, D.C. — Despite postponement, Congresswoman Aumua Amata confirms that the House Natural Resources Committee has reaffirmed their commitment to hold a hearing to examine the need for a streamlined citizenship choice for those individual U.S. nationals in American Samoa that want citizenship.

The hearing for the Congresswoman’s citizenship bill, H.R. 1208 was originally scheduled to take place on Thursday, June 20, but had to be rescheduled due to scheduling conflicts for administration witnesses. The new hearing has been confirmed for the third week of July.

“This hearing has been a long time coming,” stated Amata. “My office has been researching and laying the groundwork on this issue since my first term in Congress, and despite the hurdles, I am pleased that my colleagues in Congress recognize the importance of this issue, and I thank everyone involved for ensuring that this hearing happens, and this issue is addressed.”

“I had the opportunity to discuss the bill last week with the Acting Governor Lemanu and my legislative director to brief him on the bill and answer any questions one of which included the question of a referendum,” stated Amata.

“After this discussion it was decided that any language regarding a referendum should be removed from the bill until after the results of the hearing. Any referendum can be done, should the local government choose to do so, and I look forward to hearing the testimony from the administration and acting governor’s designee at the hearing and discussing those options.” Amata continued.

The language in HR 1208 would have provided federal grant funding to help ASG hold a referendum on the question of citizenship. The Natural Resources Committee has allowed the Congresswoman to refile H.R. 1208 without the referendum language, and it should be ready ahead of the rescheduled hearing. The bill will be assigned a new number and the bill text that will be available at the hearing should closely match H.R. 5026 from the 115th Congress. No version of the bill would restrict the local government’s authority to hold any type referendum should they so choose.

“Once again, I want to thank Acting Governor Lemanu for his insightful questions and comments regarding my bill. I also want to thank my colleagues on the Natural Resources Committee for accommodating these changes, and I look forward to a productive hearing,” concluded Amata.