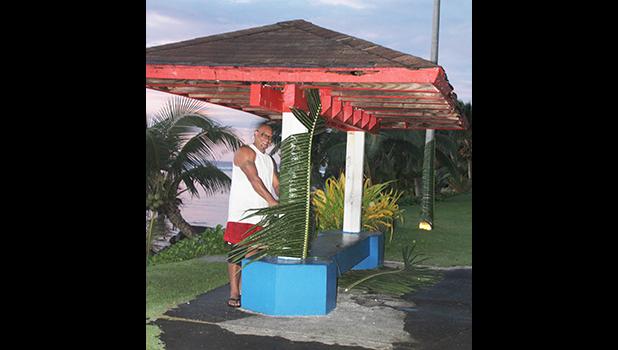 Friday, April 17th is a gov’t holiday, expect majority of businesses plan to be open
By
Fili Sagapolutele
fili@samoanews.com

Pago Pago, AMERICAN SAMOA — Compared to previous years with many festivities including fautasi races, this year’s Flag Day ceremony set for Friday morning Apr. 17th, will be a very scaled back, small event marking the 120 years since American Samoa became part of the United States family.

Speaking at last Sunday’s ASG coronavirus task force meeting, Gov. Lolo Matalasi Moliga points out that the current COVID-19 state of emergency also means a much smaller group attending the flag raising ceremony — cabinet members are not to attend as the government enforces a ban on large public gatherings.

There will be no elaborate celebration, like in the past with traditional siva and pese by local groups as well as those invited from Samoa. And this was already made clear during a cabinet meeting in February this year, as American Samoa was still in the measles outbreak declaration, which was then followed by COVID-19.

There will also be a small group of support staff from the Governor’s Office along with the usual presence of the police force. The official Flag Day ceremony program was not yet available at press time but the ceremony is to start around 8a.m.

The governor, on Apr. 14th, issued his annual Flag Day Proclamation and states in part that this year’s theme, “Samoa Muamua Le Atua” — tells other countries, as well as reminds the people of American Samoa that the economic benefits and other blessings received by the territory are due to the foresight of our forefathers.

In preparation for the annual Flag Day event, the Island Wide Cleanup Committee — made up of ASG agencies — were seen by Samoa News out before daylight yesterday cleaning up and putting decorations along the main road. ASG agencies were assigned to specific designated zones to decorate.

Two employees of the ASG Customs Division, posed for Samoa News early yesterday morning along the Utulei shoreline, taking a brief break from putting up decorations to beautify the territory for the much-scaled down 2020 Flag Day. [photo: FS]

The governor has already declared Apr. 17th a government holiday and all ASG offices will be closed and normal operations suspended. While a few businesses will be closed including the two local banks, others in the private sector will remain open — including StarKist Samoa.

In honor of the 2020 Flag Day, Samoa News will not publish Friday and the office will be closed. Samoa News print publication will return on Monday. For news updates visit us right here at our website and our new Facebook page: https://www.facebook.com/samoanewsmedia/