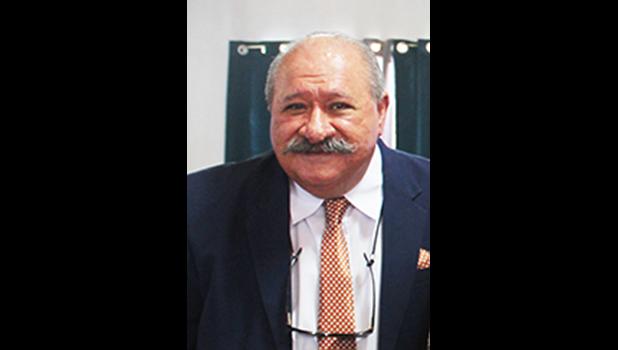 Pago Pago, AMERICAN SAMOA — A survey conducted by the hospital uncovered the high number of flu-like symptoms in children and elders with underlying health conditions receiving medical care in the hospital in the last few weeks.

However, these are not respiratory syncytial virus RSV cases, confirmed Acting Medical Director Dr. Ledua Akapusi in a recent press conference at the hospital.

He said they have seen a lot of patients at the hospital with flu-like symptoms.

“And we are seeing this mainly with our pediatric population the children we have conducted tests on all of our patients that have presented flu-like illnesses to see whether these are RSV cases, as we know this has been an issue in the United States.”

He said fortunately American Samoa does not have any positive cases of RSV out of all these cases that have come in.

“We have also been testing our patients for influenza A and influenza B — and the same thing — we haven't got any positive cases on those,” said Dr. Ledua.

He said there's a new flu in the territory.

“The only thing that we know is that there have been a lot of people being affected by the flu and it’s affecting children more.

“And it is also affecting the adults who are already immune compromised.

Regarding medication supplies, the Acting CMO said the hospital has not run out of supplies.

“However recently we are stretching our medication because of this increase, especially for the pediatric population.

“So medication for the pediatric population, I know we are waiting now for the next shipment of our medication to try and prevent any unnecessary shortage of medication, as almost all these children, they started off with flu-like illness and they develop an infection that that is treated with antibiotics.”

He said that flu-like illnesses are not treated with antibiotics right away — it is mainly supportive therapy like taking Tylenol for pain but sometimes you reach a stage where those remedies do not work.

The hospital CEO Moefaauo Bill Emmsley also commented that this is a normal surge, as there are other dependent factors that occasionally come into the picture.