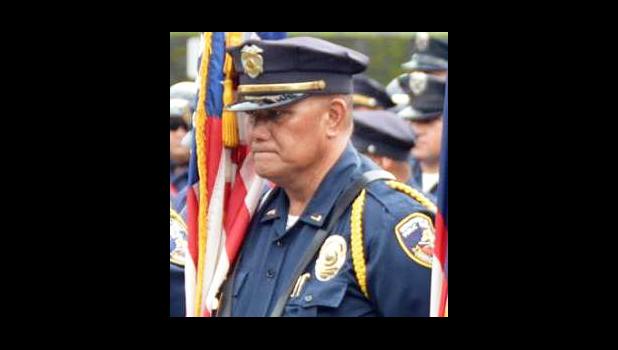 He admits to touching a female officer in a sexual manner during working hours
By
Ausage Fausia
ausage@samoanews.com

Pago Pago, AMERICAN SAMOA — The former DPS police lieutenant accused of sexually harassing a fellow female officer while in uniform earlier this year in April has admitted to the allegation against him.

Siaosi Aiono, who told Samoa News via a telephone interview in April this year that he did not sexually harass a female officer, appeared in District Court last Friday for his pretrial conference.

However, when his case was called, the prosecutor informed the court that they have reached an agreement with the defense.

Private attorney Marcellus T. Uiagalelei is representing Aiono, who is not in custody, while Assistant Attorney General, Christy Dunn of the Attorney General’s Office appeared on behalf of the American Samoa Government.

According to the plea agreement, which was read in open court by Dunn, Aiono agrees to plead guilty to 3rd degree assault, a class A misdemeanor, punishable by 15 days on jail and a fine of $300, or both.

With his guilty plea, Aiono admits that around April this year, he touched the body of a fellow female police officer — in a sexual manner — during working hours.

When asked by Judge Fiti Sunia about his plea, Aiono answered, “I plead guilty.”

When asked to tell the court what happened, Aiono admitted that he touched the “girl’s body”, and he knows what he did was wrong. He immediately apologized to the government and to the victim’s family for his actions. Aiono however did not apologize to his children or his wife, who was present in court.

After hearing Aiono’s statement, Sunia turned to the government’s attorney and asked about the facts of the matter.

The prosecutor told the court that according to the victim’s statement, Aiono touching her butt and his attempt to kiss her were inappropriate and disgusting, and it nearly made her vomit. Furthermore, the defendant’s actions were unacceptable.

The government argued to sentence Aiono to 12 months probation, under the condition that he not have any direct of indirect contact with the victim, and if he encounters her in public, he is to walk away peacefully.

After accepting Aiono’s guilty plea, Sunia instructed the Probation Office to prepare a Pre Sentence Report (PSR) for the case.

“After reviewing all the information relating to this case, including the affidavit, the totality of what happened and also the facts of the case, the court feels that a PSR is needed for this matter,” Sunia said.

The judge reminded Aiono the conditions he has to comply with while he is out on his own recognizance.

Aiono is scheduled to appear in court for sentencing on Sept. 6, 2018.

The case against Aiono surfaced when the female police officer filed a complaint against him with the DPS Internal Affairs (IA) in early April of this year. According to the complaint, Aiono was a watch commander at the Tafuna Police Substation when the incident happened.

It took the IA only a week to conduct an investigation before a report was filed with the DPS Commissioner’s Office. Based on the investigation findings, Commissioner Le’i S. Thompson made the decision to suspend Aiono for five days without pay, without a recommendation to charge Aiono.

Le'i's decision angered some senior cops, who questioned why their colleague was suspended instead of prosecuted.

When Samoa News asked Le’i back in April about the case, an angry Le’i told Samoa News over the phone, that “sexual harassment is not a news issue.”

According to the government, as the female officer was bending down to get a drink from the fridge, she felt somebody touching her butt in a sexual manner.

When she turned around to see who it was, Aiono allegedly tried to kiss her on the mouth. She turned her face and Aiono's lips allegedly touched her cheek.

The government claims that Aiono kept at it; he allegedly reached for the victim's jaw and tried to tuen her face her towards him, and that’s when he allegedly kissed her. The victim resisted and was able to push Aiono away before walking out of the room.

The victim shared her ordeal with her supervisor who verbally reported it to IA.

The victim declined to speak to Samoa News when contacted for comments after the allegation surfaced. But Aiono agreed to talk to a reporter.

“Nothing like that happened,” he said. “I did not sexually harass her nor did I make any inappropriate behavior against her. I was just playing around. It wasn't anything serious, it was like normal behavior that always happens in other work places when people play around with other co-workers, but nothing serious.”

A week after Aiono's case made headlines, another alleged sexual harassment case involving yet another cop came to light.

Former DPS officer, Emanuele Lito is accused of sexually harassing a female cop inside a police unit, in the presence of a male cop, and also inside the Fagaitua Substation last year.

Both Aiono’s and Lito’s cases were transferred to the Attorney General Office but before the government filed their cases in May of this year, both men resigned from the DPS.

The case against Lito, who is also facing a 3rd degree assault misdemeanor charge, is still pending in District Court.