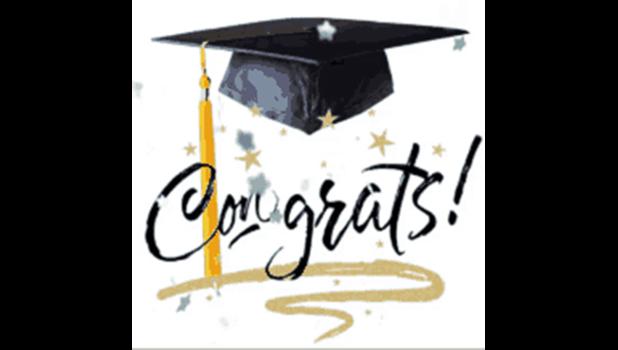 Pago Pago, AMERICAN SAMOA — Several students from American Samoa are studying at colleges and universities from around the U.S. and earning degrees and honors.  Four more are featured here in the latest news releases.

Rebecca May Tanielu of American Samoa earned an Associate of Arts from University of Maryland Global Campus (UMGC). The university held a virtual stateside commencement on May 15 for more than 5,500 graduates of the Class of 2021. Worldwide, more than 13,000 students from all 50 states and the District of Columbia, as well as 32 countries and territories, earned UMGC degrees during the 2020-21 academic year. UMGC also conducts graduation ceremonies in Europe and Asia for military service members and their families serving overseas.

With an enrollment of some 90,000 students, UMGC offers open access with a global footprint and a specific mission-to meet the learning needs of students whose responsibilities may include jobs, family, and military service. The university offers both undergraduate and graduate degree and certificate programs, including doctoral programs.

A pioneer in distance education since 1947, UMGC today is harnessing the power of learning science and technology to deliver high quality, low cost, accessible higher education.

In 1949, UMGC became the first institution to send faculty overseas to teach active-duty military personnel at installations in Europe. The university expanded overseas operations to Asia in 1956 and to the Middle East in 2005. UMGC faculty have taught in the war zones of Vietnam, Kosovo, Kuwait, Afghanistan and Iraq.

Aukuso Lafaele of American Samoa has been named to Southern New Hampshire University's Winter 2021 President's List. The winter term runs from January to May.

Recognized as the "Most Innovative" regional university by U.S. News & World Report and one of the fastest-growing universities in the country, SNHU is committed to expanding access to high quality, affordable pathways that meet the needs of each learner. Learn more at www.snhu.edu.

Hope Ierome of American Samoa has been named to Eastern New Mexico University's dean's list for the spring 2021 semester.

To be eligible for the dean's list, a student must complete a minimum of 15 credit hours with a GPA of 3.25 or greater.

Sharon-Netosi Ah Ping of American Samoa is one of more than 700 students who received a diploma at Harding University's Spring commencement ceremonies May 7-8, 2021.

Ah Ping received a Bachelor of Science in nutrition and dietetics. University President David Burks presented the diplomas to the graduates.

Harding University is a private Christian university located in Searcy, Arkansas. Accredited by the Higher Learning Commission, it is the largest private university in the state.

Harding's student body is made up of students representing 49 states and 55 nations and territories. The University offers more than 100 undergraduate majors, graduate and professional degrees at the master's, specialist and doctoral level as well as numerous international study offerings including locations in Australia, Latin America, England, France, Greece, Italy and Zambia. For more information, visit harding.edu.