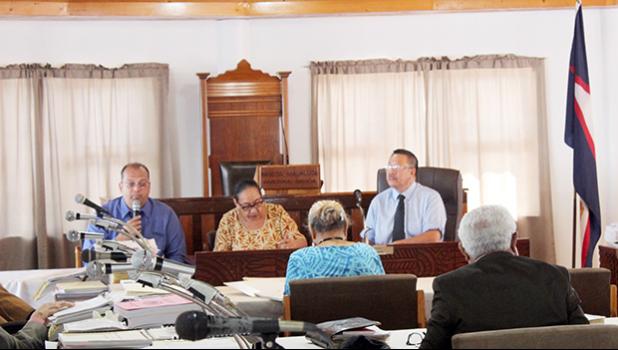 Pago Pago, AMERICAN SAMOA — While the American Samoa Power Authority has passed on to its customers savings on electric bills, due to the reduction in the fuel surcharge, Sen. Logoai Siaki Logoai wants to know if ASPA has any plans of their own to reduce the high cost of electricity paid by customers.

Logoai said customers continue to pay high electric bills and asked if ASPA has any plan to cut the cost, to which Tuato’o said ASPA has passed on to its customers savings from the reduction of the fuel surcharge in the past several months, reducing electric bills.

Leaving aside the drop in fuel surcharge, Logoai again asked if ASPA has any plans of its own to cut electric rates to help customers with the high cost of electricity. Tuato’o responded that this can’t be done because revenues collected from rates provide financial assistance to ASPA’s budget plans for the fiscal year.

ASPA announced in a Sept. 10th statement that the fuel surcharge rate continues to drop with a 23.9% decrease for the September 2020 bills and this is due to the continued drop in price of fuel over the last couple of months.

The current Residential per kilowatt-hour rate for September 2020 is $0.27387 compared to March 2020 which was $0.32925.  “With the uncertainty of the fuel markets and the current COVID-19 pandemic, we hope the rates continue to drop.  Any savings from drops in the price of diesel fuel will be passed on to our customers,” said ASPA.

For the ASPA budget hearing, the only other issue that was raised prior to the witnesses being dismissed, was a call from a lawmaker to fix streets lights at a portion of the main road on the eastern side of Tutuila that currently has street lights but they are not working.

ASPA FY 2021 budget totals more than $87.99 million, a slight increase compared to FY 2020’s approved budget of just over $87.73 million, according to the ASG semi autonomous agency’s budget book — covering its four divisions — submitted to the Fono. There was no profit & loss statement provided in the budget book for ASPA.

A summary budget overview of the four divisions:

•     Electric division total budget at $48.37 million, with the highest revenue source coming from electric rates at $45.85 million — which is the same revenue forecast for FY 2020; followed by just over $1.74 million in federal capital improvement grants from the Environmental Protection Agency (EPA) and US Interior Department’s Capital Improvement Project (DOI/CIP) funding. The remaining revenue sources are “miscellaneous revenue” and federal operating grants.

•     Water division’s total budget is more than $20.78 million. Highest revenue source of $11.88 million is in federal grants from EPA, DOI/CIP; followed by $8.57 million in water rates and remaining revenues under “miscellaneous revenue”.