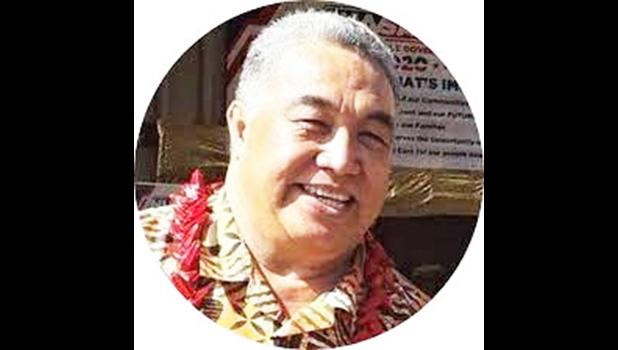 He and LT “firmly committed to full transparency”
By
Fili Sagapolutele
fili@samoanews.com

In his memo, the governor directed cabinet members to provide to the Territorial Audit Office “your full support and cooperation in order to carry out their responsibilities.”

He said he and Lt. Gov. Talauega Eleasalo V. Ale “remain firmly committed to full transparency in our government” and looks “forward to seeing everyone work collaboratively” with the Acting Territorial Auditor and his staff “to help us identify areas of improvement in our financial management.”

Last month the Senate rejected the House version of an Administration bill, which seeks to amend local law by removing the requirement that the Territorial Auditor — who heads the ASG independent Territorial Audit Office — be a certified public accountant (CPA), or a certified internal auditor holding a current certificate from any state of the U.S. The Senate already rejected its version of the bill in July.

As previously reported by Samoa News, the governor appointed Tofa Sualauvi H. Su’a as acting Territorial Auditor for this office and he remains in the post.

The Governor’s Chief of Staff, Tuimavave Tauapa’i Laupola told a joint Fono hearing on the supplemental bill, that the funds are to hire a qualified and experienced CPA and also to further improve functions of this office for the audit of ASG agencies.