Gov Lolo prompted for “expeditious” decision on pardon for Barlow 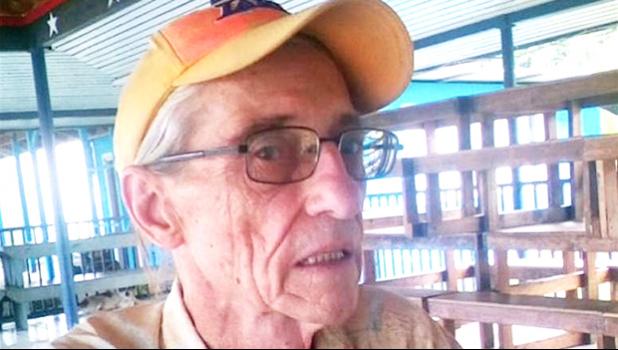 Hawaii-based attorney, Bentley C. Adams III, who previously worked in American Samoa, where he still practices law, made the plea in an Oct. 29th letter to the governor, saying that the letter is in support of Barlow’s application for pardon and commutation of the sentence submitted in May this year.

The governor was informed that the American Samoa Parole Board granted Barlow’s parole on Oct. 20 and he departed the territory on Oct. 26th on the medical charter heading to Honolulu. Barlow is now in California.

Under local law, the parole board’s decision to release Barlow was based on its determination that “there is a reasonable probability that the prisoner will live and remain at liberty without violating the law… [and] release is not incompatible with the welfare of society,” Adams wrote.

“As noted in the petition for pardon, there is considerable doubt as to Mr. Barlow’s guilt in this case and he maintains his innocence,” he said. “However, there can be no doubt Mr. Barlow faithfully served the people of [the] territory for years as a dedicated educator at the American Samoa Community College.”

According to the attorney, there has never been any suggestion that Barlow committed any misconduct in the performance of his duties as an educator. And numerous letters from former students, friends, and colleagues attested to those facts in the proceedings before the parole board.

“Mr. Barlow had paid a terrible price for the crimes for which he was convicted, far more than others similarly situated. Granting him a pardon and commutation and giving him back what is left of his life is quite simply the right thing to do,” said Adams who “urged” the governor to give Barlow’s application “favorable consideration.”

The governor was also informed that Barlow is extremely appreciative of ASG’s decision to release him on parole from prison. And as a show of “his good faith” Barlow has instructed his attorneys in American Samoa to file a dismissal of the case against ASG pending in the High Court of American Samoa.

Additionally, Barlow “remains willing, as he promised, to dismiss the second case,” which is the habeas corpus petition against the US Secretary of Interior pending at the federal court in Washington D.C.

Adams’ letter is included in the Joint Status Report submitted by attorneys for both Barlow, Petitioner, and the Interior Secretary, Respondent, to the federal court.

“Historically, in American Samoa pardons often are not granted until the prisoner has completed service of his jail sentence. That has now occurred,” the Petitioner’s legal team tells the court.

They also gave a brief explanation on the provision of local laws, pertaining to a parole board’s decision to release the petitioner, and this was based on its determination that “there is a reasonable probability that the prisoner will live and remain at liberty without violating the law ...[and] the release is not incompatible with the welfare of society.”

“The parole board’s determination in this regard is relevant to the decision facing the Governor and he should be afforded a reasonable amount of time to consider it,” they say, noting that the governor has been informed of the parole board’s decision and petitioner’s release in further support of his request for a pardon.

“Hopefully, with this new information in hand the Governor will now make a decision on Mr. Barlow’s pardon request in an expeditious fashion,” according to Barlow’s defense team, which requested the federal court for a new 45-day extension time — until Dec. 15th — to continue discussions with officials in American Samoa and to allow the Governor sufficient time to carefully consider petitioner’s request for a pardon given recent developments.

On Monday this week, the court granted the request. (See Samoa News edition Nov. 2nd on other issues covered in the Joint Status Report.)

As previously reported by Samoa News, the now 73-year old Barlow was sentenced in 2014 by the High Court of American Samoa to serve a 24-year jail term at TCF for a conviction in a case involving three male juveniles. Last year he filed a habeas corpus petition — first with the federal court in Honolulu and later transferred to the federal court in Washington D.C — challenging his detention in American Samoa.

He argued that various components of his trial in the High Court violated his rights under the Fifth and Sixth Amendments of the U.S. Constitution. The case was moved to the D.C. federal court as it was the proper venue because the U.S Secretary of Interior has plenary authority over the judicial system of American Samoa.