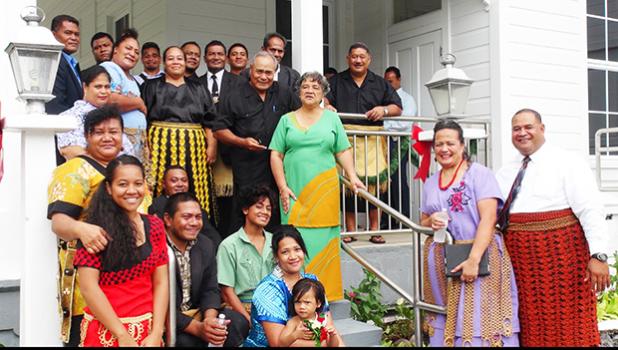 It was in 2005 that the late King of Tonga, Taufa’ahau Tupou IV bestowed the High Chief title of “Mafi To ‘i Amerika Samoa”, to Sione Lousiale Lotolua Kava — who has been visible in Tongan community activities and has been with the ASG Office of Petroleum Management for many years serving as the petroleum officer.

Mafi’s first task will be as a member of a team that will travel to Nuku’alofa, Tonga in the near future for meetings with Tonga Prime Minister Samiuela ‘Akilisi Pohiva and appropriate cabinet ministers of the Tongan government concerning the American Samoa Government land lease in Tonga.

“I am honored with the trust I am given by Governor Lolo,” Mafi said yesterday. “I will take this opportunity to reestablish and develop a much stronger ties between the two countries. I believe this was the vision of the late King Taufa'ahau Tupou IV who frequented American Samoa in the not so distant past.”

“I would start with trying to get a commitment from Tonga on what is best to do with the Kingdom of Tonga land lease in American Samoa,” he said.

Mafi said this important appointment would also give him the opportunity to unite the Tongan community of American Samoa, “assuring information gathering and sharing what will assist in our continued assimilation to the culture of our adopted country.”

“And as the Governor mentioned in the appointment letter, the Tongan community has access to the many and various government services,” said Mafi, who is a former US Marine Corps Officer.

It was during the Lutali Administration in 1986 that a land exchange deal was struck between American Samoa and Tonga, with American Samoa given a three-acre land situated in Popua, Nuku’alofa, Tonga’s capital. In exchange, Tonga was given a parcel of ASG land in Tafuna that has been utilized as a market to sell their goods, including Tongan agricultural produce.

Over the years, past administrations have tried to find ways to utilize the land in Tonga and the Lolo Administration has done the same, even sending a delegation to Nuku’alofa to look at possible ways to best use the land. Mafi was a member of that delegation.