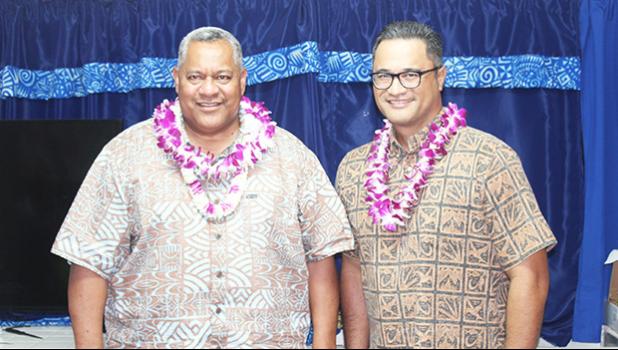 Lemanu made the appointment in a July 28th memorandum to cabinet members saying that he was scheduled to leave the territory yesterday, July 29th. And that Talauega is acting governor, until his return to the territory, but didn’t say when that would be.

A local resident who recently returned from Hawaii, and claimed to know the reason the governor traveled off island — told Samoa News on Wednesday that the governor was to attended an event on Aug. 6th relating to the ASG Office- Hawaii.

The event was initially set for last month, but neither the governor nor Lt. Gov. Talauega Eleasalo V. Ale were able to make it at the time, although Hawai’i’s governor and lieutenant governor were planning to attend, according to the resident, who asked not to be identified.

The Governor’s Office communication officer, Fiafia D. Sunia didn’t immediately respond to Samoa News inquiries on the purpose of the governor’s travel to Hawaii and whether it has to do with the event relating to the ASG Office- Hawaii.

ASG Treasurer Malemo Tausaga was also scheduled to be on the outbound medical flight yesterday afternoon.

During the Fono Joint Budget Committee hearing on Wednesday, Malemo informed lawmakers that he was traveling on the medical charter to Hawaii for a medical appointment and wouldn’t be available for any future Fono hearings. He didn’t say when he would return and the committee didn’t ask.