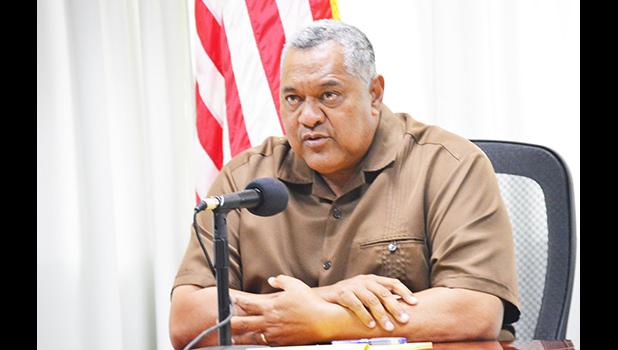 Pago Pago, AMERICAN SAMOA — The Governor’s State of the Territory Comprehensive Report, distributed to lawmakers the joint Fono session earlier this month provides a summary update of the ASG Technology Office, with plans to build out a central, secure ASG network, — the “ASGnet”.

The Technology Office (ASG-TO) was established by executive order, signed by then acting Gov. Talauega Eleasalo Ale, last September to centralize the management of ASG information technology (IT) efforts and to identify and defend against cyber security threats.

The governor’s report said the ASG-TO - which comes under the Governor’ Office -  is charged with building a cost effective, state-of-the-art IT digital network to enable ASG to  conduct secure day-to-day data, information transactions and communications within and between ASG departments and the general public.

According to the report, Phase I of the construction of a Main Distribution Frame (MDF) room has been constructed to begin ASG-TO infrastructure build out. A similar Intermediate Distribution Frame (IDF) rooms will be built on respective floors of the A.P Lutali Executive Office Building in Utulei.

For Phase II, the report says that ASG-TO intends to begin the build out of a central secure ASG network - ASGnet- that will:

• control and monitor access of ASG departments and users to the outside internet,

• provide a platform where ASG applications and data can reside securely in a formal data center,

• provide access control to who has access to what data, at what time, and to ensure all devices connected to the ASGnet are managed - e.g. kept up to date with all security patches, etc. - and controlled with a standard image.

There is also work to enhance cybersecurity measures, according to the report, which states that currently, ASG’s connectivity to the internet is primarily protected by ISP firewalls which are configured at minimal settings to allow for an open, uncensored internet, leaving ASG exposed to hacking and man-made computer viruses.

“With the enablement of fast high-speed internet to American Samoa via the Hawaiki fiber cable, an opening has been created for hackers to gain access and tunnel deep into ASG department IT networks and infrastructure that are not secure or safe guarded,” it says. “It is only a matter of time before an attack is exposed.”

“We have the opportunity to build a proper enterprise IT network for ASG that serves as the secure platform to enable ASG departments to collaborate safely and securely, on ASGnet, have secure storage and controlled access to data across departments, plus have the ability to filter and monitor ASG information and data not allowed to flow outside of ASG including ability of hackers to obtain data and information with ultimate intent to shut down and or destroy all Government records,” it says.

The governor’s report points out that ASG-TO received $125,000 under the Technical Assistance Program grant funding from the U.S Interior Department’s Office of Insular Affairs.  And that discretionary funding was used to assist in the overall upgrade of the Governor’s Office computer network, digitization of office records, and to defend against cybersecurity threats.

Additionally, information technology and security require full-time support and an information technology office will protect critical infrastructure, promote a unified approach to IT management for executive branch agencies and support a stronger relationship within the Executive Branch and with other partners.  (See Samoa News edition Sept. 8, 2021 for details.)