Manumalo: "It is not in the stars to hold our destiny, but in ourselves" 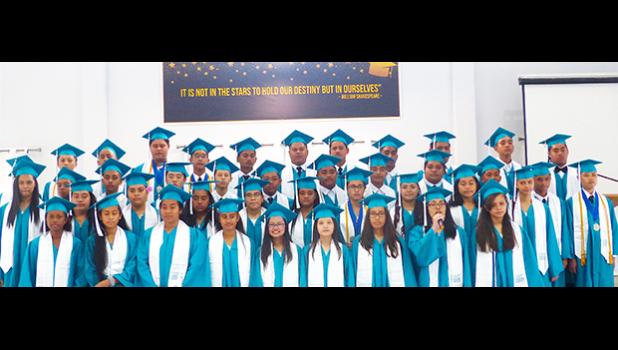 Local company Paramount Builders prides itself in promoting education and honoring the achievements of the territory’s youth with this year’s sponsorship of graduation coverage.

Under the theme: "It is not in the stars to hold our destiny, but in ourselves", the ceremony started with the procession of graduates and the singing of the national anthems.

This year, it was Department of Public Works director Faleosina Faiai Voigt who offered special remarks.

Patrick Tongol, with a GPA of 3.85, claimed second honorable mention.

Third honorable mention went to Lana Snow with a GPA of 3.81

The ceremony was short, but memorable, with graduates moving the crowd with beautiful musical selections and the recitation of inspirational poems.

The graduates were showered with lots of well wishes, candy and flower ulas, balloons, and more than enough hugs and kisses to go around.