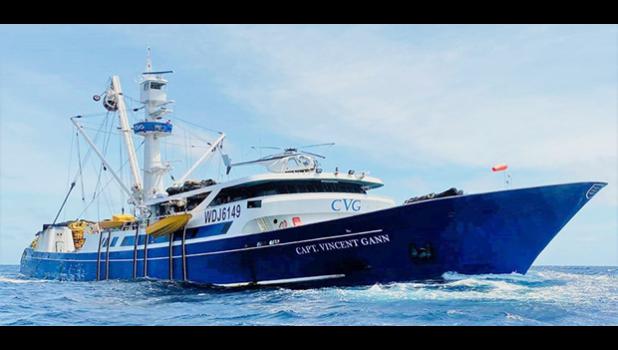 Pago Pago, AMERICAN SAMOA — Is Samoa News aware, or does it have any information about whether ASG is getting any money from the fine imposed by the federal government on the vessel and fishing owners who violate federal pollution laws in territorial waters? Samoa News reported on this matter late last month.

The previous Administration was able to submit request for a share of money at the time when StarKist Inc. was fined for similar violations a few years ago — and American Samoa received part of that settlement.

Just like the StarKist case, American Samoa should get a share from the current federal case, since it’s territorial waters that were polluted.

There are a few local residents who asked a similar question on whether ASG will get a share of this settlement, after San Diego-based JM Fisheries LLC, G.S. Fisheries Inc., the companies’ manager, and the chief engineer of the commercial fishing vessel Capt. Vincent Gann agreed to pay a total of $725,000 in civil penalties to settle the federal Clean Water Act claims related to the vessel’s oil pollution violations. (See Samoa News community briefs Nov. 19th for details).

The agreement between the federal government and the defendants was made through a Nov. 18th proposed consent decree, which is available on the Department of Justice website at: www.justice.gov/enrd/Consent_Decrees.html

Full details of the federal complaint are also available at that link.

On Nov. 24th the federal government opened the 30-day public comment period and the final approval of the decree rested with the federal court in Honolulu where the case was filed. The comment period, according to US Justice Department records, shows deadline to receive comments is Dec. 24th.

The proposed consent decree does not provide any specific details on whether ASG will get a share but provides that the defendants pay the money to a specific federal government account.

However, the comment period provides an opportunity for the public to submit input and Samoa News understands that the Lemanu Administration is looking into this issue.

The proposed decree states that those settling do not admit liability arising out of the occurrences or violations alleged in the Complaint. Nothing in this Consent Decree shall constitute or be construed as an admission of liability, fact, or law on the part of Settling Defendants.

It reveals that the defendants have also already paid to the National Pollution Funds Center (NPFC) $27,478.74 in cleanup costs associated with the alleged discharge referenced in the complaint.