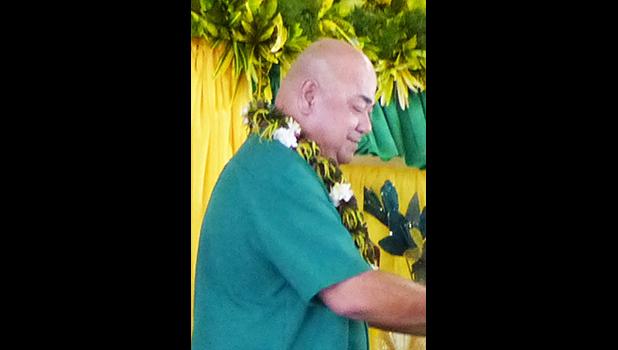 AS-DOE activated its RLP plan after the governor’s declared elevated threat level last week Monday. And by last Wednesday morning, parents were posting on social media concerns over the lack of devices for virtual learning from home.

During the news conference, the Education director who participated via Zoom, provided an update saying that AS-DOE has implemented remote learning to ensure education for students during Code Red.

While all schools are providing remote learning, he said the “challenge we have right now is not having enough devices to go out to ensure we achieve our one-to-one policy of having each student get a device,” he explained

According to the director, AS-DOE has just received 1,000 Chromebooks, ordered specifically for elementary schools. The lower grade levels use Kindles and tablets; and at the high school level, laptops are used.

“We do have laptops on hand at the schools, but we are expecting 8,000 laptops [in March] and that should cover all of our students,” he said, and he hopes that this order will arrive in time to support online remote learning.

As to monitoring remote learning, the director said that Secondary and Elementary divisions along with the school officials have their own plan, monitoring everything from their homes.

“Monitoring in terms of holding” virtual classes, is reporting whether students are attending or not and these reports are submitted to the main office, he said.

Concerning school lunch meals, the director reiterated that distribution of meals is suspended, “because now it’s a community spread” and “we don’t want to aid… in spreading the virus.”

“But for sure, students will get compensated through the P-BET program,” he said.

An ASDOE notice early last week states that the School Lunch Division has confirmed that families will qualify for the Pandemic Electronic Benefits Transfer program (P-EBT) and it will collaborate with the Human and Social Service Department in providing distribution updates.

As previously reported by Samoa News, the federally funded P-BET program provides food assistance for school children who have lost access to free meals at school because of the pandemic.

During the government partial shut-down two years ago, meals were delivered and distributed at designated schools, at the time when there was no community spread of the deadly virus. But among the problems, which surfaced at the time, was that students were showing up to pick up their meals instead of parents and many people didn’t observe mandatory social distancing and mask wearing.