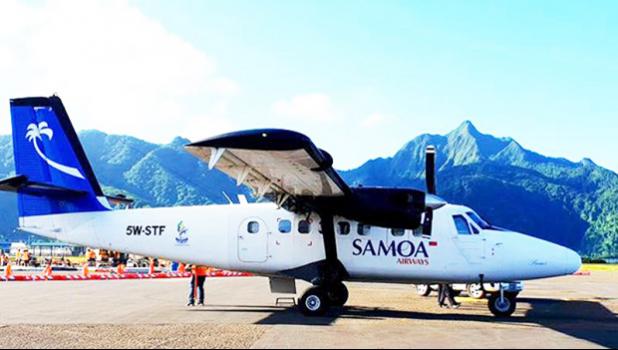 Pago Pago, AMERICAN SAMOA — Additional repatriation fights have been confirmed to return the rest of local residents stranded in Samoa, to American Samoa.

While there has been no official statement from ASG, both Samoa Airways and Talofa Airways confirmed the additional flights on both its websites and social media.

ASG coronavirus task force chairman, Iulogologo Joseph Pereira told Samoa News early this week that the governor had authorized additional flights to ensure that all legal local residents still in Samoa are repatriated along with the Technical and Skilled workers approved by the Governor.

As of Tuesday this week, about 80 people have been given approved “OK Boards” by the Attorney General’s Office to return to the territory. Scheduling of flights was left up to the AG’s Office and Health Department. It was unclear as of yesterday afternoon if more repatriation flights would operate later next week.

The repatriation flights, will also take back to Apia, citizens of Samoa stranded in Pago Pago, since the borders of the two Samoas were closed several months ago.

The Samoa government also has their own requirements for their returning citizens and all travelers must abide with them.

(Not confirmed is whether or not Samoa citizens deported by the court/ government are included as part of the repatriation flights.)