Lawmakers calling for details on financials before start of FY2018 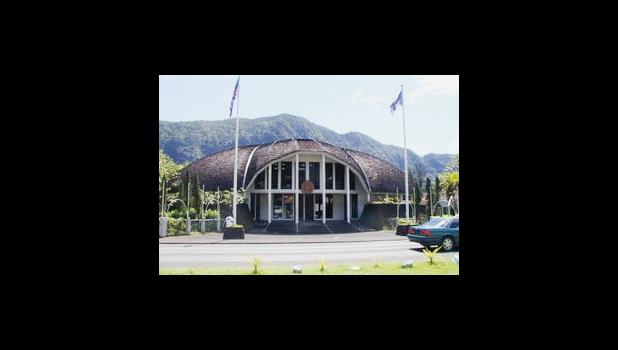 The final budget for fiscal year 2018 is expected to be among the priority issues on the legislative agenda for lawmaker when the Fono convenes next week Monday, July 10th, for the Second Regular Session of the 35th Legislature —and looks to an even leaner budget — with Gov. Lolo Matalasi Moliga calling for a budget of 10% less than last year for all departments and offices funded by local revenue.

The FY2018 budget call letter went out early last month to all ASG entities for submissions of their proposed budgets for the next fiscal year, which begins Oct. 1, 2017.

In addition, last month, Gov. Lolo Matalasi Moliga called on directors to structure their budgets for the new fiscal year (2018) in accordance with the threshold ceiling of 90% of the approved FY 2017 budget, saying that the threshold is for all departments and offices funded by local revenue.

This move by the government is due to unforeseen circumstances such as the drop in local revenue collections, because of among other things, last December’s closure of Samoa Tuna Processors Inc. and other issues. (See Samoa News edition June 9th for details).

It’s unclear as to when the Administration will submit the final FY2018 budget bill to the Fono for review. But in past years, the Fono would convene in July and then take an early mid session recess to saving legislative days to conduct budget hearings.

Lawmakers are hoping that the Administration will submit the final budget early giving them time to review before budget hearings are set. In the last four years, the Lolo Administration has submitted the annual budget either in the latter part of July or early August.

Samoa News received word last week from senior Fono staff that some lawmakers will be seeking financial reports from the Administration to find out specific details of where ASG stands before the start of FY2018. The financial reports will also be used by lawmakers when budget hearings are held.

Besides the FY 2018 budget, lawmakers are also expected to get a briefing from the governor’s Revenue Task Force on ways to increase ASG’s revenue base. The six-member task force is charged with reviewing and assessing the effectiveness of all existing revenue generating legislation with respect to the existing economic and financial environment.

An ASG official said yesterday that the Governor’s Office is working on setting a date for the Fono presentation, which will include areas of tax reforms.

As of yesterday, there was no information as to what other measures the Administration plans to send to the Fono; although some of the issues would be confirmation of members to government boards and commissions.

When the Fono convenes next Monday, the House of Representatives will be using the north wing of the Gov. H. Rex Lee Auditorium for its regular sessions, while the Senate will hold its sessions at the Samoa Guest Fale in the Fono compound. This is because the current Fono building is to be demolished and replaced with a new structure, with ground breaking scheduled sometime around Thanksgiving time in November