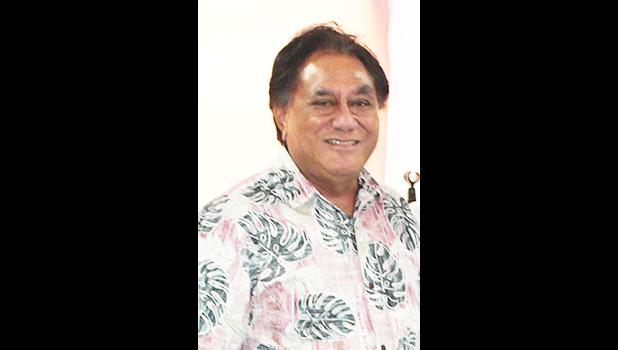 Additionally, he said the hospital does not have the financial resources at this point and time to fund the new government minimum wage hike to $7.25 per hour — or just over $15,000 annually, that went into effect on July 1st.

Gov. Lemanu Peleti Palepoi Sialega Mauga told a cabinet meeting on June 25th that he has requested the ASG semi-autonomous agencies to do the same — to increase their minimum wage, but wanted to discuss this matter further with them in the future.

And when Faumuina appeared last Friday before the Fono Joint Budget Committee for LBJ’s fiscal year 2022 budget totaling $65.5 million, he was asked by Sen. Fai’ivae Iuli Godinet if the hospital is included in the government’s new wage increase.

Faumuina responded that the only minimum wage LBJ is complying with at this time is the federal mandate and all wage increases thereafter, with the next wage hike set for October this year. He said LBJ must comply with this federal requirement, or face federal penalties.

(Samoa News notes that the current government minimum wage under the federal labor law is $5.21 per hour, with the next increase of 30 cents per hour, due on Sept. 30th this year — which is also the same time that minimum wage hikes go into effect for all other industry sectors in the territory.)

Regarding the new ASG minimum wage, Faumuina said he has written to the governor for assistance in clarifying and further explanation, as to whether LBJ is included. And also hopefully there is a source of revenue to assist the hospital in any wage hike, he said.

The hospital CEO recalled the governor saying at a recent cabinet meeting that included this specific issue — that the governor will discuss with the authorities the minimum wage hike soon.

Faumuina told lawmakers that he can’t move to implement the ASG minimum wage if there’s no money for this purpose.

Fai’ivae pointed to the hospital budget which shows there are employees making $14,000-plus, which is less than the new ASG minimum wage of $15,081 annually. He advised the CEO to look into this issue as such an increase would help hospital workers with the hike in the cost of living.

Faumuina then revealed that it’s a concern now for the hospital as many employees are moving to resign and join the executive branch, which has higher starting wages. He acknowledged that the adjustments need to be done soon to prevent this exit of its workforce from the hospital.

Samoa News understands that lawmakers plan to raise the same question when other semi autonomous agencies — such as the American Samoa Power Authority and American Samoa TeleCommunications Authority — come before the Fono for their budget hearings in the coming days.

At the outset of the hearing, Faumuina explained that there are no changes proposed in the FY 2022 bidget as it’s the same with the current fiscal year totaling $65.5 million. He explained that there’s an increase in total workforce of about 180 for FY 2022 compared to FY 2021.

He said the additional workforce — for divisions such as maintenance and security — were hired during the time of COVID-19 restrictions and in preparation in the event that the pandemic reached the territory.

He says LBJ is still covering expenditures for these additional personnel, and there is still no COVID case on island. However, nurses involved with COVID vaccination program, are covered under federal COVID funds.

Funding source for LBJ’s $65.5 million budget includes $41.53 million from Medicaid; $7 million under Medicare; $9.06 million in US Department of Interior subsidy; $2 million from ASG subsidy; and $5 million collected from LBJ services, according to the hospital summary budget, which shows that there are 874 positions — or jobs — proposed in FY 2022 compared to 758 under the current fiscal year.

Responding to a committee question, Faumuina said that the hospital complied with the budget ceiling set by the Executive Branch and is the reason its FY 2022 budget is same as FY 2021, despite the additional personnel.

Several issues were raised by lawmakers including the governor’s proposed plan for a new hospital in Tafuna. Senate President Tuaolo Manaia Fruean asked Faumuina for “your opinion as CEO” if a “new hospital” is needed, or instead expand and improve the current facility to a three-story structure.

Faumuina said the governor’s plan prompted a Request For Qualification (RFQ) seeking qualified firms to provide an assessment including cost for a new hospital. He pointed out that this is not a new issue as it was also a plan by former Gov. Lolo Matalasi Moliga but was later cancelled.

Faumuina said the final decision on a new hospital rests with the governor and the Fono. But he noted that the US Army Corps of Engineers (USACE) had conducted an assessment of the hospital and provided options for consideration including costs.

As previously reported by Samoa News, the USACE conducted the “Assessment of Health Care Infrastructure and Services” for LBJ in April 2019 and issued a report to Congress, as mandated under provisions of a federal law.

Among the options cited in the report is one to construct a new multi-story hospital (150,000 square feet) on a proposed site on the western side of Tutuila. And estimated cost for a new hospital is between $325 million to $390 million.

Results of the study, through US Interior Department, online (https://www.doi.gov/sites/doi.gov/files/uploads/lbj_tropical_medical_ceneter_assessment_2019_final_report.pdf).

During the budget hearing, Tuaolo said that Faumuina and the hospital should provide a recommendation to the governor, noting that there are several issues currently faced by the territory, such as a shortage of medical personnel.

Tuaolo believes it’s best to improve and expand LBJ — even three or up to five-stories.

Another issue raised by lawmakers, is the need for updated and new ambulances and Faumuina said LBJ is expected to get two new ambulances — designated specifically for American Samoa — before the end of this year. Other issues raised with the CEO included the long waiting time at the Emergency Room by patients, a separate hospital in Manu’a and the off-island medical referral program.