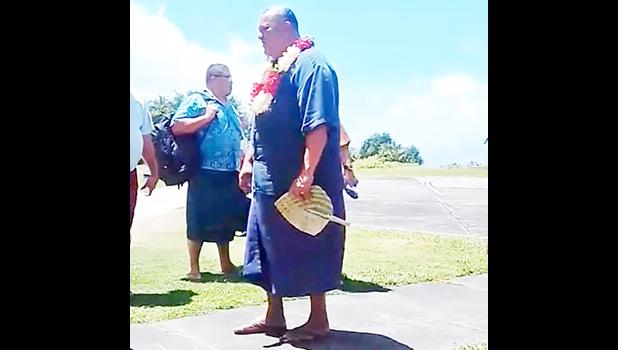 Pago Pago, AMERICAN SAMOA — Gov. Lemanu Peleti Palepoi Sialega Mauga and Lt. Gov. Talauega Eleasalo V. Ale have “made their full commitment to serving the people of Manu’a” and the commitment was made during their trip late last month to the island group along with several cabinet members according to the Governor’s Office-Manu’a Operation Weekly Report distributed at last week Thursday’s cabinet meeting.

“The people of Manu’a have been grossly underserved with the lack of public facilities and other infrastructure mechanisms, unreliable and infrequent surface and air transportation systems, health care services, business services and many other challenges,” the report points out.

It also says that the Lemanu & Talauega Administration has now focused on taking government operations to Manu’a through ASG employees working in Manu’a, improving government management and services, maximizing local revenue and investment in critical infrastructure and capacity building to mitigate these challenges.

“These projects are not only vital to the success of government operations but mostly importantly, they contribute to the daily lives of our people residing in Manu’a communities and villages,” the report points out.

At last Thursday’s cabinet meeting, the governor said a lot of improvements need to be carried out in Manu’a and there are priorities. He specifically mentioned the lack of a physician and shortage of nurses as well as no emergency responders.