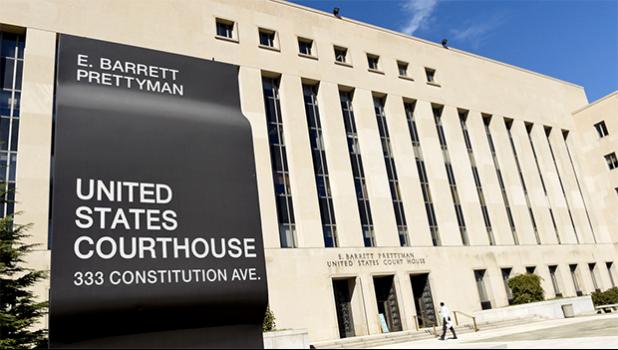 Pago Pago, AMERICAN SAMOA — Local resident Steven Jay Pincus Hueter has taken his alleged violation of civil and constitutional rights due to the territory’s COVID-19 restrictions to the federal court in Washington D.C, while his local case remains pending in the High Court of American Samoa.

On Tuesday, US District Court Judge Trevor N. McFadden, presiding over the case, issued a one-page order for the defendants to respond to the Plaintiff’s Motion for a Temporary Restraining Order (TRO) and Preliminary Injunction on or before Feb. 22nd or within five days of notification of this Order, whichever is later.

The following day, the court issued a summons for the defendants, giving them 21-days to response to the complaint after being served with the summons. Summonses were also to be served on the US Attorney General and the US Attorney for the District of Columbia — which is representing the Secretary of Interior, according to court records.

Samoa News notes that the Secretary of Interior appoints the Chief Justice and Associate Justice of American Samoa and DOI provides funding for the High Court for its operations.

Hueter last week filed the motions for TRO and Preliminary Injunction and requested the court for a hearing date. The motions coms after the plaintiff filed his complained last December and amended month.

The complaint is similar to the ones Hueter filed separately at the High Court against the Chief Justice, Lolo and other ASG officials. Hueter also filed at the High Court last month another similar case and includes as defendants Lemanu, Talauega, Tuimavave and members of the COVID-19 task force.

Hueter’s complaint at the federal level alleges violation of his civil and constitution rights guaranteed in the constitution based on local COVID-19 restrictions, which prohibited him and others from attending church service from 12mid to 5a.m.

(Provisions of the COVID-19 allows public gatherings, including house of worship and business hours of operation from 5a.m. to 12 midnight).

He points to “a materially relevant most recent Decision and Order of the US Supreme Court of November 25, 2020” - relating to the complaint, and requests for TRO and Preliminary Injunction.

The Supreme Court case was brought by the Catholic Dioceses of Brooklyn, New York against that state’s governor.

“It is time—past time—to make plain that, while the pandemic poses many grave challenges, there is no world in which the Constitution tolerates color coded executive edicts that reopen liquor stores and bike shops but shutter churches, synagogues, and mosques,” Hueter’s complaint quotes part of the Supreme Court decision. “Nor is the problem an isolated one. In recent months, certain other Governors have issued similar edicts.”

For his complaint, Hueter — like the complaints pending in the High Court of American Samoa - has again attacked the exemption under the local COVID-19 restrictions given to StarKist Samoa and its affiliates, as well as buses used to transport cannery workers.

(Samoa News should point out that besides StarKist the exemption also applies to water production and oxygen gas production.)

The “privileged few — associated with StarKist, a Korean owned company that has incurred the maximum criminal penalty of $100 Million for illegal price-fixing in the US economy, and forcefully pays its employees a sub-standard minimum wage; and its documented business affiliates, are allowed to travel on hired buses and go to work late from 9PM or 12AM midnight to 5AM,” the complaint said.

“However, the defendants — in callous disrespect, disregard, and violation of Plaintiff’s constitutional rights of equal protection under the law and First Amendment freedoms - deny Plaintiff, under penalty of criminal prosecution, his rights to ride public bus transportation, which is forbidden to run, and Plaintiff is forbidden his first freedoms,” the complaint alleges.

Hueter further alleges that the High Court, with a presiding Chief Justice, improperly avails itself of $2.3 million in federal CARES Act funds for a new Courthouse project.

Hueter accused Kruse of “associating” himself with the “misuse, misallocation, and misappropriation of $2.3 Million of in-part Plaintiff’s taxpayer federal CARES Act funds on invalid, non-coronavirus related intention, purpose and uses of demolition of an old landmark building and for the construction of a new Courthouse for the benefit of the Judiciary which includes a new office for  the Chief Justice.

Hueter requests that the chief justice and the rest of the defendants abide by the decision and Order of the US Supreme Court.

Focusing on the last November’s Supreme Court decision, the plaintiff requests injunctive relief of a TRO and a Preliminary Injunction enjoying defendants from violating his constitution rights, including First Amendment freedoms and preventing plaintiff from going to church or exercising expression of religious freedom, which is currently bans individuals from attending church service and prayer meeting after 9p.m or after 12 midnight and before 5a.m.; while individuals associated with StarKist and its documented business affiliates are permitted to go to work.

“Plaintiff’s rights are protected by the Constitution, the secular rights to work are not,” Hueter declared, and claimed that defendants actions are unduly restrictive of the plaintiff’s constitutional rights.

As for the latest COVID-19 declaration effective through the end of this month, the complaint alleges it “unlawfully discriminates against plaintiff and violates plaintiff’s constitutional, civil, and statutory rights, including violation of equal protection under the law and violating plaintiff’s rights to conduct night life business events and rights to public assembly and freedom of religious expression after 12 AM Midnight to 5AM while unlawfully exempting the cannery and its business affiliates from restrictions, to the injury and irreparable harm of the “plaintiff.

Plaintiff request the court for a TRO and Preliminary Injunction that prohibits and enjoys the government defendants from enforcing and prosecuting the provisions that prohibits public gatherings, including house of worships, and business operation between 12 midnight and 5a.m.

Hueter alleges that the government defendants have no merit to argue that it has not impermissibly discriminated against religion because some secular businesses such as movie theaters in American Samoa must also remain closed and are thus treated with the same lack of favor than Starkist and its documented business affiliates.

According to the complaint, government defendants “must justify imposing an absolute ban on houses or worship but not only favored secular businesses generally, and specifically after 9p.m or after 12mid night and before 5a.m.”