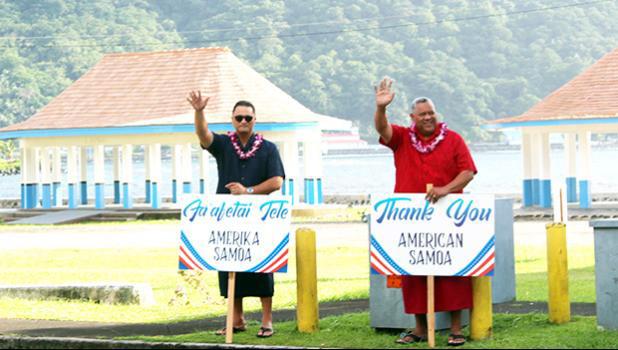 “This is a transition team NOT an employment opportunity”
By
Fili Sagapolutele
fili@samoanews.com

ASG officials told Samoa News yesterday that the Lolo Administration transition report being prepared by the Transition Task Force headed by ASG Treasurer  Ueligitone Tonumaipe’a, is being prepared with the completion date set for Nov. 30th.

For the Lemanu and Talauega transition plan, it says that last Friday was when the transition team leaders and assistant team leaders were identified. (Samoa News understands that a meeting of the newly elected administration was held yesterday, but details weren’t immediately available.)

The transition plan outlines the “Do’s & Don’t” for the transition team — whose members will be meeting with cabinet members of the Lolo Administration as part of turning over the government to the new administration:

•          You will NOT argue with the director or designated representative

•          This is a transition team NOT an employment opportunity

“If you can’t follow these guidelines, you will be asked to leave,” is the warning to the selected transition team members. “You are a reflection of the Governor elect and Lt. Governor elect.”

Tuimavave Tauapai Laupola was appointed chairman of the executive committee for transition, and according to the transition plan, all reports — following visits to departments and gathering information — are to be submitted to the chairman by Nov. 25th.

According to the transition plan, upon receiving transition reports from the Lolo Administration, the transition team leaders are to review them and identify — mission and vision statement; mandates that created the department; organizational chart; current financial health of a department — based on Treasury accounts and budgets of fiscal years 2020 and 2021; and names of federal and local program accounts.

For Human Resources — request all current employees from each department and identify whether they are contract or career service employees.

For Property Management — identify all government assets — i.e. buildings, cars, equipment, furniture and insurance, if any, and to include the insurance commissioner.

Lolo told a cabinet meeting last month that the ASG’s Treasurer’s report forecast about $7.5 million surplus for FY 2019 and about $10 million-plus for FY 2020. Combining the two fiscal years, he said the surplus total could reach more than $17.5 million.