Looking back at those we lost in 2019 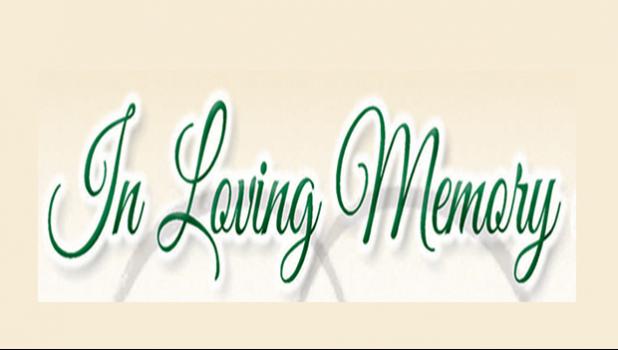 Pago Pago, AMERICAN SAMOA — While death is often referred to as part of the natural order of our lives, it is not an easy thing to accept, especially by family members and friends, whether the departed were public figures or otherwise. Each loss is keenly felt and mourned, with the hope that time will heal the wound, and the void filled with good memories.

In 2019, the territory observed with sorrow and sadness, news from Samoa in the beginning of October up to last week, about the measles epidemic and the 81 people — mostly infants and toddlers — whose lives were lost to the infectious disease.

Here’s a look at some of the stories on the passing of loved ones, as reported by Samoa News in 2019.

January brought sad news that retired Associate Justice of the High Court of American Samoa, Lyle L. Richmond, “passed away peacefully” Monday, Jan. 21, 2019 at 5:15 p.m at Queens Medical Center in Honolulu, Hawai’i. According to a family announcement “Justice Richmond was surrounded by his wife and family before taking his final breath after a year recovery from complications from a subdural hematoma.”

Then on Feb. 2nd, Rev. Elder Dr. Pati Puia’i Vaeao who served as president of the First Samoan Full Gospel Pentecostal Church (FSFGPC) Inc., since 1987, passed away peacefully at the Community Memorial Hospital in Ventura, CA. He was 74 and had been in the ministry for 52 years, starting with the establishment in 1967 of the FSFGPC in Ofu, Manu’a — where he was born.

On May 18th, Fagafaga Daniel Langkilde, 61, passed away in Coronado, CA, where he was staying with his daughter and family.  Fagafaga served as director of the Office of Public Information during the first term of the Lolo Administration from 2013-2016. In 2017 and until his passing, he was responsible for press duties at the Governor’s Office.

In mid-June came the sad news that Aumoeualogo Te'o J. Fuavai passed away in Seattle, WA, surrounded by his children and family. During his service to the people and government of American Samoa, Aumoeualogo wore many hats. He served as both faipule and senator in the American Samoa Legislature. He was also Commissioner of the Dept. of Public Safety (DPS), director of Public Works, president of the American Samoa Rugby Union, and chairman of the Diocese of Samoa Pago Pago for multiple terms.

On July 4th, athletics director David Matlin on behalf of the University of Hawaii Athletics Department announced: "It's with deep sorrow that we share the tragic news that Scheyenne Sanitoa, a student-athlete with our Rainbow Warriors football team, passed away at the age of 21. Scheyenne was a tremendous young man and we are devastated by this news.”

The following month, in August, two young men, Alex Peric and Anthony Leota, were in Utumea as part of the Hope Ministries youth group outing when they went missing at sea. After days of searching and continued vigils at Utumea, the search was called off. The two boys were cousins.

In early November, Tautai Aviata Fano Fa’alevao, the  first local Attorney General during the first-elected term of the Coleman Administration, passed away in Vancouver, WA at the age of 73. Tautai also served as AG during Coleman’s second term in 1979 and again in 1989. He was the head of the Public Defender’s Office, was in private practice, and also served as chairman of the Republican Party of American Samoa.

On Nov. 21st, the governor announced with “heartfelt sadness and the unenviable burden… the passing of my Chief Legal Counsel Steven Hammond Watson” at 5:30a.m that morning at LBJ Medical Center. At the time of his passing, Watson was chairman of the ASG-owned Territorial Bank of American Samoa. He first entered the territory in 1978, worked at the AG’s Office and thereafter worked in various capacities in government as well as the private sector including ANZ Amerika Samoa.

Samoa News conveys condolences to the families of all those who passed on in 2019.