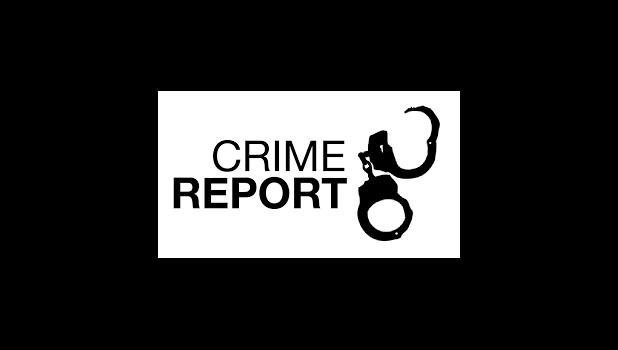 Pago Pago, AMERICAN SAMOA — A man accused of causing serious bodily harm to another man in Happy Valley a few months ago is now in custody after he was arrested by police during a traffic stop, in which they discovered illegal drugs inside the vehicle and on the defendant.

The government stated that on the night of Aug. 20th, 2020, a man called and requested police assistance regarding a stabbing in front of his Iliili home. The caller also requested medical assistance at the scene.  When they arrived, police observed an injured male lying on the ground motionless, bleeding, while the caller was applying pressure on the wounds. The suspect apparently fled the scene before cops arrived.

According to the witness, the victim sustained multiple defensive wounds on his left arm and a puncture wound on his chest, which was covered with blood. The victim was immediately transported to the hospital for treatment. Officers returned to the scene to locate the suspect but were unsuccessful. Police also tried to locate the suspect at his home but to no avail.

Two witnesses were interviewed by the police regarding the incident.

According to the lead investigator’s testimony, Witness #1 told her that he was getting ready for bed when his male cousin came and told him that two guys were standing in front of the house asking for him. When he got to the front door, he saw the victim and the suspect.

He said he asked the victim why he was there and why he brought Lafitaga Unasa (defendant) to his home. He said he heard the victim say something, and then he told them to get off his property before he called the police.

Unasa refused to leave the land and begged witness #1 to come with him and the victim to the victim’s house to drink beer, which he refused. At this time, Unasa turned around and punched the victim, who ran as Unasa was running after him while throwing multiple punches.

As the victim ran towards Witness #1, he hit the door and fell, at which point Unasa stood over him, continuously throwing punches to the victim’s chest and facial area. Witness #1 said he saw the victim bleeding and realized that Unasa was holding a small kitchen knife. That’s when Witness #1 intervened and the suspect got up and took off.

The government stated that Witness #2, (witness #1’s cousin) echoed Witness #1’s statement to her during their interview.

Witness #2 told investigators that the main reason Unasa and the victim came to their house that night, was to rob his cousin (witness #1) and beat him up for not keeping his word. But the plan went south when the victim revealed to Witness #2 that Unasa was going to beat up his cousin using a knife.

Police continued to look for the defendant over the next few months but it wasn’t until last month when traffic police pulled over a speeding vehicle in Malaeimi, that they finally apprehended Unasa, who was the driver of the speeding vehicle.

Unasa did not possess a driver’s license or any photo identification to prove his identity; and for that reason, officers decided to transport him along with his vehicle to the Tafuna Police Substation (TPS) for further investigation.

A body search was conducted per usual and police discovered two glass pipes containing white crystalline substance, inside the driver’s right pocket of his pants.

The driver was immediately arrested and placed inside the police unit before he was transported to the TPS for further investigation. Detectives of the DPS Vice and Narcotics Unit were notified about the incident.

An inventory search was conducted of the vehicle at the TPS in the presence of the defendant, and a small stamp-sized baggie containing green leafy substance was found lying on the floor of the vehicle underneath the driver’s seat.

It was during this investigation that Unasa was found to have an active warrant under his name for his involvement in an assault case that occurred in Happy Valley a few months back.

When questioned by investigators about the assault incident back in August, Unasa said he was too drunk and mad at the victim, and that’s why he stabbed him numerous times. He said he took off behind a church, which is where he got rid of the knife.

Investigators were able to retrieve a black steak knife about 12 inches long that fit the description Unasa had given them. There was blood on the knife.

Unasa further stated to investigators that after the assault incident, he left his girlfriend and went to Kokoland and stayed at his aunt’s house for three months before he was arrested by the two police officers during the traffic stop.

When questioned about the illegal drugs found in his possession and inside the vehicle, Unasa told investigators that the drugs belong to him. He bought the drugs from another man in Vaitogi for $50.

Unasa made his initial appearance in Court last month.

The government has filed two separate cases against Unasa.

In the first case, the defendant is charged with one count of 1st degree assault, a class A felony and one count of armed with a dangerous weapon, a class D felony.