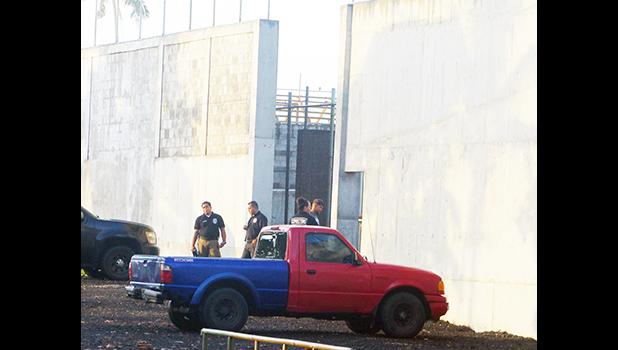 Pago Pago, AMERICAN SAMOA — A 44-year-old man from Pago Pago who was convicted of driving with a permanently suspended license is going to jail.

Asofa Punipuao, who has been in custody since his arrest on Jan. 9, 2020, unable to post a $5,000 bond, appeared in High Court last week where he was sentenced to 20 months at the Territorial Correctional Facility (TCF), as a condition of a 5-year probation term.

Punipuao pled guilty to the initial charge under a plea agreement with the government. With his guilty plea, Punipuao admits that on the night of Jan. 9, 2020 he operated a motor vehicle while his license was permanently suspended by the District Court.

When given the chance to speak, Punipuao apologized for his actions, and asked for another chance to return home to care for his family. He explained that he was driving to the LBJ Hospital to drop off his elderly mother for her medical appointment, because, no one was available during that time to transport her to the hospital.

The defense attorney asked the court for a probated sentence, saying he has already advised his client to find someone who can transport his elderly mother to the hospital for her medical appointments.

The defense attorney reminded the court that despite his client's conviction, it was clear from the police report that there was no alcohol or illegal drugs involved when police pulled him over.

The prosecutor echoed the defense’s motion for a probated sentence, saying the defendant has shown true remorse for his action. She however added that a period of incarceration is appropriate for this case, so a message is sent out to other drivers whose licenses have been suspended — that the court will not take these issues lightly.

In delivering the sentence, the court said, “You took a big risk when you got behind the wheel, knowing that your driver’s license was permanently suspended by the court after you were convicted of driving under the influence of alcohol three times.”

“The only good thing in your favor, as stated by your defense attorney, is the fact that there was no alcohol or illegal drugs involved in this case, when police arrested you. Our sentence will reflect that."

The court then sentenced Punipuao to 5 years imprisonment; however, execution of the sentence is suspended, and he is placed on probation for 5 years under certain conditions.

He is to serve 20 months at the TCF. After 6 months — which includes time served — the court will consider a motion for work release.

Punipuao is not eligible for trustee status while at the TCF.