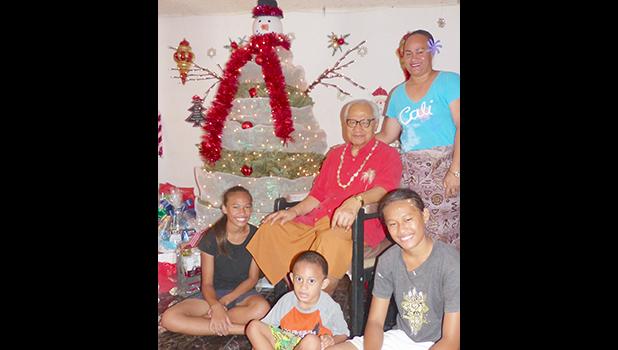 “Our father passed away peacefully around 11:11a.m. yesterday (California time) at the hospital,” one of his sons, Maverick Galea’i told Samoa News yesterday afternoon during a brief phone interview from the family’s home in Hayward. He said his father died of natural causes.

Galea’i was in California for his usual appointments and to attend the funeral service for his oldest sister, said Maverick, who shared his thoughts about his father, a former police commissioner for the Department of Public Safety.

“He is the man with all the plans. He is humble, very talented, gifted, and very wise,” Maverick continued. He quickly added, “and a very cool man”.

At the time of his death, Galea’i was serving his second consecutive four-year term in the senate, which officially ends before 12noon on Jan. 3, 2021. He is one of the two senators representing Manu’a #1, the senatorial district that he had previously represented in prior legislative sessions.

Galea’i - a very outspoken senator and always prepared to respond to media questions even if the answer is critical of the government - had also served as Manu’a District Governor and sat on various ASG boards and commissions over the years.

During the 2017 Senior Citizen Week in American Samoa, Galeai received a special award which honored him - a senior citizen - as the longest serving government employee. The award was prepared by Gov. Lolo Matalasi Moliga.

At the time of the ceremony, it was announced that Galeai’s government service began in 1960 when he was sworn in as a police officer. Galeai had served in various posts in government. He was an instructor at the American Samoa Community College between 1976 and 1982, he served as special assistant to the late Gov. A.P. Lutali in 1985, and he was police commissioner in the later part of 1985 to 1992.

Samoa News expresses our deepest condolences to the Galea’i family during their time of grief.