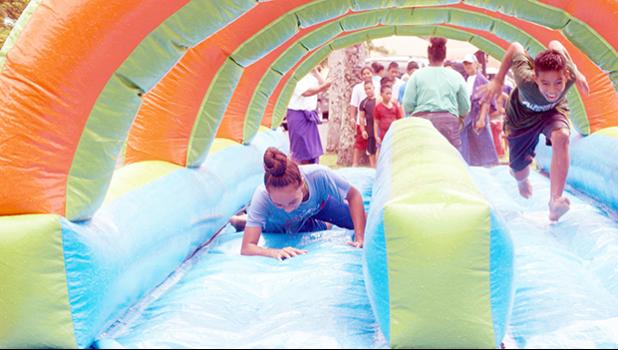 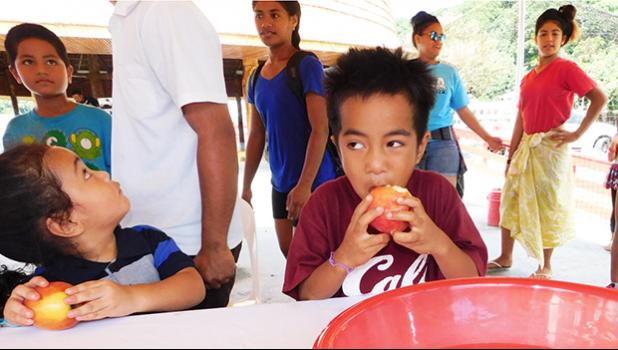 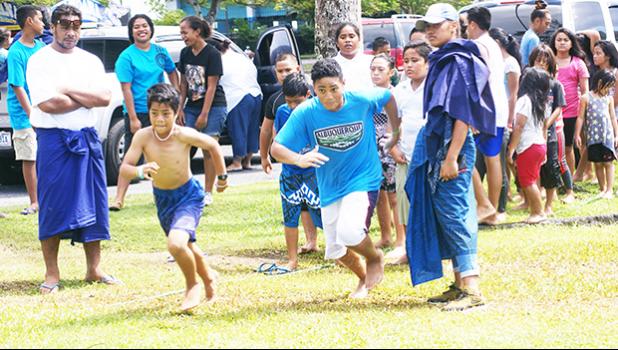 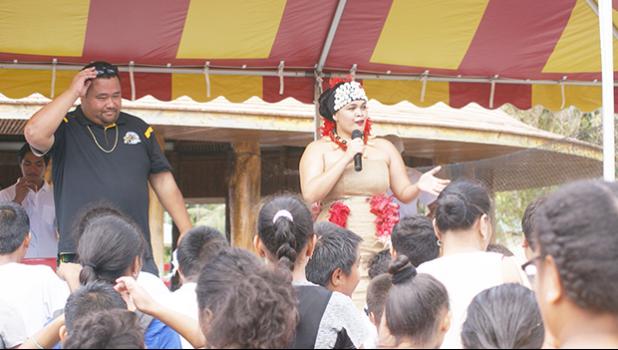 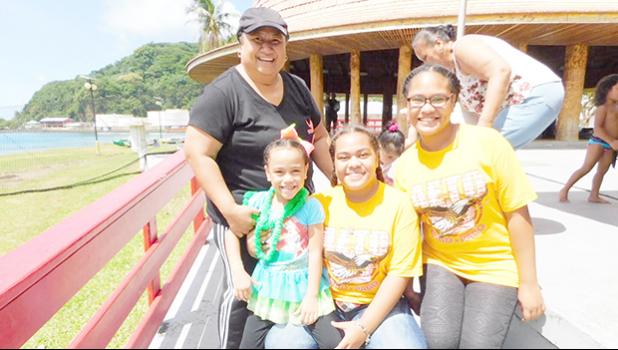 Sunny weather, a beautiful beach view and the chance to pull on Easter-inspired dress ups and fun games — all at le Suigaula a le Atuvasa in Utulei.

Last Saturday, beautiful Miss American Samoa Antonina Lilomaiava and the MASI team hosted their 2nd Annual Easter Bash, which was a recipe for a wonderful celebration that continued Flag Day and Easter long weekend, with a   large number of children, youth and adults flocking to Utulei..

Many locals and visitors participated in the bash with their children for the easter egg hunt —  there was plenty of competition for the scattered chocolate eggs — food eating contests, and the best play — the bouncies and water slides that attracted a mass of participants with laughter and joyous voices heard in the air.

Joe “J-smooth” Iosua who was the MC for the day kept the crowd entertained with his music and shared with everyone how much of an honor it was to host this event in celebration of Easter for the children.

A mother of 3 kids from Nuuuli told Samoa News, “We enjoyed the games and everything last year so we were excited to try this out again this year, because it is something different from the fautasi and it focused more for the little ones and that’s why my kids like it.”

The event also had different food booths and game booths for the children.

One of the organizers told Samoa News that every other country they hold Easter events for families and their children so this was something Miss American Samoa and the MASI team wanted to continue.

One of the games was the Apple Eating competition, where each child, who were ages 6 years going up, had their hands tied behind their backs, and competed who could eat an apple the fastest in 1 minute. When MC J-Smooth asked them to introduce themselves, contestants besides shouting out their village, would say their fautasi team.

A 7-year-old from Pago Pago who won the Apple Eating competition said to Samoa News, “I win for AETO”.

The younger Apple Eating contestants were allowed to ‘chomp down’ — as much as they could within the minute, bringing laughter and cheers from the crowd.

“That is what Easter is all about , getting everyone together and to have fun and remember Jesus so its good to have many families here from different fautasi teams, but we are all united for the real reason is to celebrate — Jesus and American Samoa’s birthday,” said Toma, a father of Aua.

The Easter bash finished at 2p.mm and many children walked away feeling full and happy for all their prizes and goodies they received.

Miss American Samoa Lilomaiava told Samoa News, “The main purpose of why we do this is because we want to give back to the community. We want to wish everyone especially the children of American Samoa a happy Easter. We hope they all had fun and have felt the spirit of Easter.”

She concluded, “I would like to give thanks to our sponsors, GHC Reid, SOPAC, 93 KHJ John & Sia, and to those who donated for our golden egg — like our faipule in Aua, Faimealelei Allen, and local attorney Sharon Rancourt.

“Also thank you to Reverend Iakopo Matautia and faletua with the Matauti Youth group in helping us with the games and everything.

“Very special thanks to Fili Gaoteote and Kent Pua of the Parks and Recreation Department for allowing us to be here.

“Thank you also to the MASI for having this because if it weren’t for you guys this wouldn’t have been made possible today for the children.

“And from the bottom of my heart thank you to everyone — all the families and children — who came to our bash. Faafetai tele lava and have a blessed easter weekend!” Miss American Samoa said.