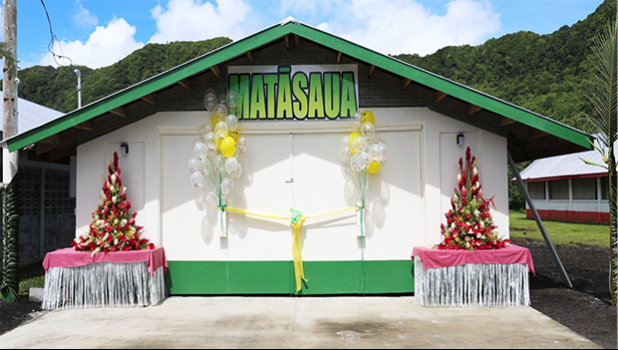 Pago Pago, AMERICAN SAMOA — Gov. Lemanu Peleti Mauga was on hand for the opening ceremony for the new boathouse for the Matāsaua fautasi that took place this past Friday, January 14, at the Pago Pago Park.

The original Matāsaua boathouse was located in Fagaalu Park, across from the KSBS Radio Station.

Governor Lemanu remarked during the ceremony that “the fautasi race is a long-standing, time-honored tradition that has been put on display for over 100 years to help commemorate the Annual American Samoa Flag Day celebrations. We are excited for the Matāsaua and her crew to enjoy a new home here at Pago Park, where all the other fautasi are housed and maintained.”