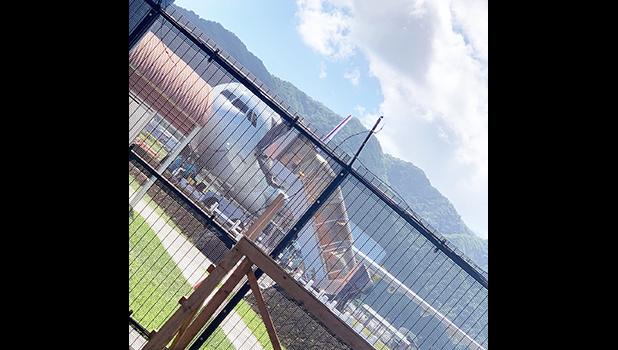 Pago Pago, AMERICAN SAMOA — The repatriation charter flight operated by Hawaiian Airlines — the one returning to Honolulu after the repatriation #5 — departed Pago Pago yesterday, after it was cancelled the day before.

Local airline station manger, Tuli Fruean, sent out a flight advisory after 1a.m. yesterday about the cancellation of the chartered Hawaiian flight 912, which was initially set to depart Tuesday afternoon, after bringing in about 212 local residents on the ASG repatriation flight #5.

The flight advisory states that the flight was cancelled Tuesday due to a “mechanical issue” and that the new departure time was 1:30p.m yesterday and check in time was 11a.m.

Information received by Samoa News states that the flight left Pago Pago as scheduled Tuesday and was in the air less than 45 minutes before it returned to the airport. Passengers deplaned and waited but hours later were told the flight had been canceled and passengers were told to return the following day.

Responding to Samoa News inquiries, Hawaiian spokesperson Alex Da Silva said from Honolulu yesterday morning that flight HA 912 returned to Pago Pago “approximately 30 minutes after departure due to a mechanical issue with a landing gear. The flight landed without incident.”

He said once the airline’s team completed an aircraft inspection, the flight was scheduled to depart Pago Pago at 1:30p.m, Wednesday.

Hawaiian Air yesterday ferried down another aircraft to bring in the needed parts for the landing gear. And the aircraft with the mechanical issue was tested. Total number of passengers on the outbound flight was not immediately available at press time.

ASG officials told Samoa News that the flight crew was housed at the Tradewinds Hotel while passengers scheduled to depart on the charter flight went home and returned for the outbound flight yesterday.

With the change in departure date, the American Samoa Medicaid State Agency also put out a notice to the affected passengers saying that State of Hawaii required all passengers to re-create or re-register on the “HI Safe Travels Program website for this NEW flight and to refill the HI Health Questionnaire”.

Medicaid Office staff were made available yesterday morning to help passengers in need of assistance to complete the form needed for approval for quarantine exemption in Hawaii.

“Without this quarantine exemption, any passenger arriving into Honolulu will have to quarantine in Honolulu,” according to the notice.