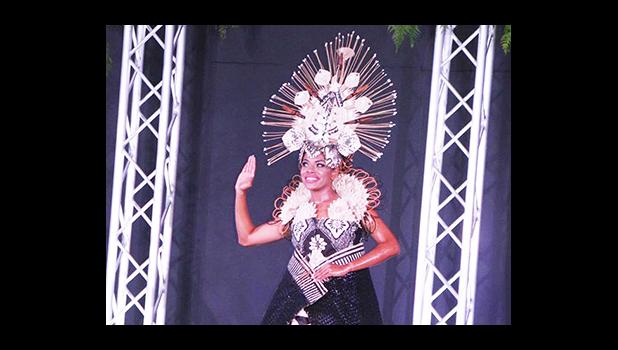 Apia, SAMOA — It was a well-deserve win was the comment by many at the 30th Miss Pacific Islands Pageant and on social media when Miss Fiji, Anne Dunn won the title. She was crowned by the outgoing Miss Pacific Islands, Abigail Havora, at Tuana’imato gymnasium Friday evening (Samoa Time).

Daughter of Filimaina Kunaika and Charlie Dunn, the new Miss Pacific Islands while born in Fiji was raised in the United States. According to the booklet from the pageant, Anne’s adolescent life were in American and then after graduating high school she moved back to Fiji in 2011 where she attended University of South Pacific and studied law. She graduated earlier this year with her BA in law and is currently waiting to further her studies in order to practice law next year.

The new Miss Pacific islands is an avid reader and she’s also into movies and dancing. Her short-term goal is to become a prosecutor in Fiji but long term she wants to be a human rights lawyer for the South Pacific region.

Other special prizes, such as the Miss Internet was won by Miss Nauru, Lucina Detsiog and Miss Tonga Leila Melaia Rene Lauti was Miss Photogenic.

The next Miss Pacific Islands will be held in Nandi Fiji next year. More in our Monday print edition.