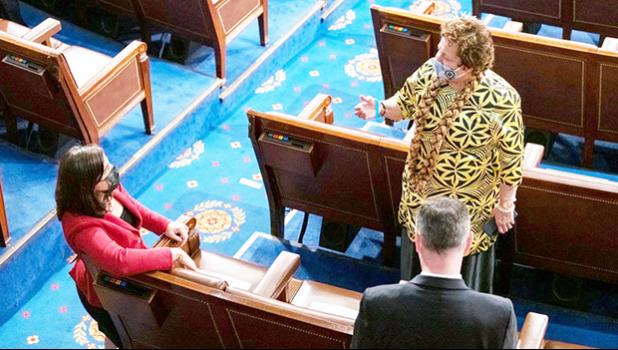 Washington, D.C. — American Samoa is to receive over $479 million ($479,135,254) in federal funds resulting from this year’s legislation known as the American Rescue Plan, according to Congresswoman Uifa’atali Amata.

Uifa’atali noted that the U.S. Treasury announced this week that the funds from the American Rescue Plan’s Coronavirus State and Local Fiscal Recovery Funds would be received in a single payment, making up for lost revenue during the pandemic, while other relief funds for localities will also be announced later.

“This legislation’s fairness toward territories is the result of working together, including territories working as a team, and the Territory Governments and Members of Congress working in partnership,” she noted.

Congress appropriated $4.5 billion to the territories, assigning half of that equally, and the rest divided by population. This decision protected the needs of the smaller territories, while providing for all.

Uifa’atali also highlighted the federal update of guidelines on how the funds can be spent to replace government revenue lost because of the pandemic:

Funds can allow the Territory’s employees to be paid and continue to provide their public services.

Funds can provide job training and other assistance to unemployed workers, and direct aid to families facing food, housing, and other financial insecurity.

Funds can assist small businesses, particularly those dealing with travel and tourism, through loans, grants, and counseling to help their recovery.

Also under this guidance, broadband infrastructure can be built out to meet the standard of 100 Mbps download and 100 Mbps upload speeds.

Another eligible use is direct aid to households to support internet access at these speeds, under the American Rescue Plan grant to American Samoa.