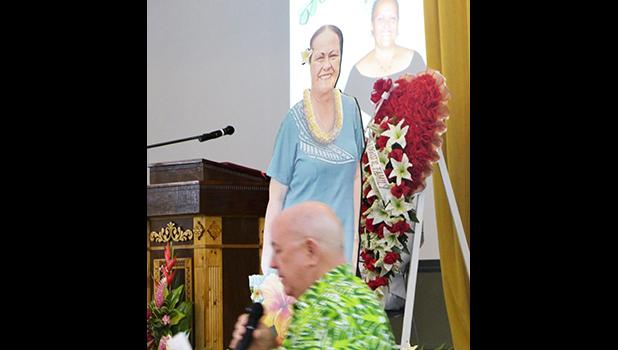 Mrs. Polu held this position since joining the bank four year ago, when the financial institution was first opened to the public. She had been working in the banking industry for many years — including ANZ Amerika Samoa Bank, where she worked for more than two-decades before joining TBAS.

Her former ANZ colleagues attended the funeral service, where one of the ANZ officials spoke about Mrs. Polu who is survived by her husband, Kilomita, children, grand children and great-grand children. Also in the audience were members of the business community.

Samoa News extends our condolences to the grieving family.