Mukesh “not guilty” verdict came down to — who do you believe? 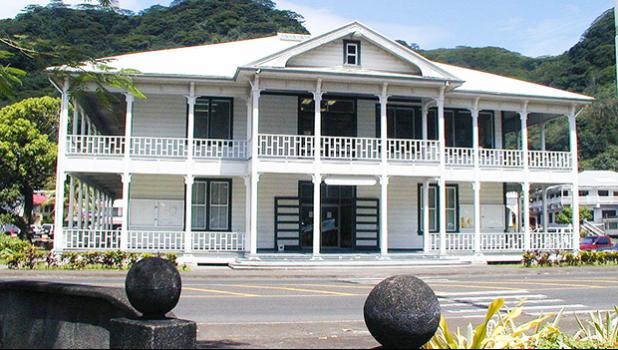 The government’s case against a 53-year old local businessman, came down to whether the six-member jury believed the government and its witnesses or the defense, who argued that the defendant had maintained his innocence since his arrest.

In the end, it took the jury less than an hour to acquit Chand ‘Bob’ Mukesh, of one count each of sodomy and first degree sexual abuse of a 17-year old female minor who was a friend of the defendant’s daughter.

Morris went through the law, pertaining to the two counts, and recalled testimony by the alleged victim, who told the jury that the defendant pushed her against the wall, put his fingers in her boxer shorts and penetrated her vagina.

He accused the defendant of committing a “violent” act against the young victim and that the defense will attack the victim’s testimony but the victim’s statement is “consistent with a person of sexual assault.”

He reminded the jury that the victim didn’t immediately tell her family about the incident because she was “embarrassed” and was “terrified” of what happened to her and the jury had seen this during the victim’s testimony on the stand where she broke down.

And not talking to anyone about the incident right away “was consistent with (behavior of) a victim of sexual assault,” he said, adding that the victim “had no reason to lie” about the incident. Morris said the defense alleges that this was all a “grand scheme” by the victim, who “contrived all of this because the defendant found out she had a boyfriend” at the time.

He said the 53-year old father (the defendant) woke up the victim and sexually assaulted her and the defendant had also called one of the victim’s friends to get the victim’s number. “This wasn’t a grand scheme [by the victim] to hide from her father” that she has a boyfriend, the government pointed out.

He said this “theory” by the defense is “insulting to the victim and anyone with common sense.”

Morris also addressed the testimony by the defendant’s daughter, who had testified that during the hours after the alleged attack the victim was acting normal, nothing out of the ordinary and the pair — along with another friend — delivered plates of food for a fund raiser on Apr. 7.

“I feel very bad for that young lady and I imagine I’m not the only one” but she (defendant’s daughter) was on the witness stand “trying to help her father,” according to Morris, who claimed that not all of the daughter’s testimony was “untruthful” but where “she was untruthful, she was trying to enhance” her testimony in an attempt to help her father.

And when the defense makes their closing arguments, Morris said they would try to humanize the defendant, to say that he is a great father. “They’ll try to distract you from his atrocious, heinous conduct,” he said, adding that the defense will also try to “demonize” the victim.

He asked the jury to not take away the fact that the defendant is a 53-year old single father, who “saw an opportunity to take advantage of this young girl at his home and he took it.” In closing he asked the jury to return a guilty verdict on all counts.

For the defense, attorney Joshua Rovelli gave closing arguments, telling jurors that Chand has been on this island for over 30 years, he is a father of three and he unwinds by watching “Bollywood movies” with his children. Additionally, he runs an auto shop, which is attached to his home.

He reminded jurors about earlier testimony that Chand was taken to the police station on Apr. 9 and the police officer there stated that he was “shocked to learn of the allegations” against the defendant, who was “scared” and asked for help.

And the defendant’s “first and only reaction was that the allegation against him was false,” according to the defense, and that this was the same statement Chand told police and his daughter and it’s “what he’s asking you to consider” during deliberations.

He added, “keep an open mind to the idea that Bob Chand is telling the truth.”

He reminded jurors that this is the government's case and the government must prove that the defendant committed the alleged crimes. He then focused on what he called an  “extreme important” phrase — “proven beyond reasonable doubt” — and went on to give an explanation.

“If there is a reasonable doubt in any of your minds, you must find Mr. Chand not guilty,” he informed jurors.

He claimed that the “emotionally charged story” presented by the government in closing arguments is one “with major gaps” and it should leave “reasonable doubt at every step of the way”.

Rovelli explained what he calls the “problem” with the timeline. He recalled the housekeeper testifying that she gets to work between 6:30a.m. and 7a.m. and she didn’t see anyone in the living room or in the kitchen. Later, the housekeeper says she saw the victim and the defendant’s daughter and she didn’t notice any distress.

“This is enough to call the government’s story into question,” he told jurors, adding that this is consistent “enough to raise reasonable doubts in your mind.”

Another problem, as claimed by the defense, with the timeline is that the defendant’s auto shop is attached to his house and employees were coming in to work around 7a.m., the housekeeper was coming in to work, and there was nothing out of the ordinary that morning.

Therefore, he argued that if the timeline doesn’t make sense, if it doesn’t sound right, if it contradicts a witness who was in the house when the alleged assault occurred, then “you have reasonable doubt” — then find Chand not guilty.

The defense went on to question the victim’s credibility, saying that the victim didn’t ask for help, instead went into her friend’s bedroom to wake up the friend, and later went to pick up bread for the food-plate fundraising. And for the rest of the day, the victim was in and out of the house, cooking and delivering food plates. At the same time, the defendant was there and she had seen him.

As to why the victim would lie about the alleged attack, the defense said only the victim knows and she’s not telling. Perhaps the victim lied because, on Apr. 6, she told Chand that she wanted to see her boyfriend, but the defendant “scolded her, she’s too young to have a boyfriend.”

He claims that it’s possible that the victim “made up this story to discredit” the defendant so that the defendant wouldn’t tell her parents about the boyfriend.

According to the defense the government gave an inconsistent story, and its witnesses were not in the house at the time of the alleged assault.

Assistant Attorney General, Woodrow Pengelly gave the government’s rebuttal telling jurors that the defense had presented “fake motive” theories. An example of fake motive theory is that the victim made up the alleged assault so that her parents wouldn’t discover she has a boyfriend.

Pengelly argued that the victim didn’t fabricate the incident and recalled testimony during trial that after the victim told friends, she went to the corner of her room hugging herself. The “real fake theory” is the testimony by the defendant’s daughter that the victim “blurted out that she has a boyfriend.”

He reminded jurors that the victim herself had testified during trial and “told you what happened to her” at the hands of the defendant.

As for the timeline raised by the defense, Pengelly said the defense is trying to confuse the jury. He said the victim woke up to a 53-year old man groping her, then pinning her against the wall and sexually assaulting her.

According to the government, the victim’s story is “true” and asked for a conviction on both counts.

Defense attorney, Richard Desaulles, who led the defense during the trial, later told Samoa News that, when the alleged victim lied on the witness stand, “and those lies were exposed during trial, I believe... the jury was left with serious questions about the alleged victim's credibility.”