MV Manuatele is set to resume ocean transportation for Manu’a 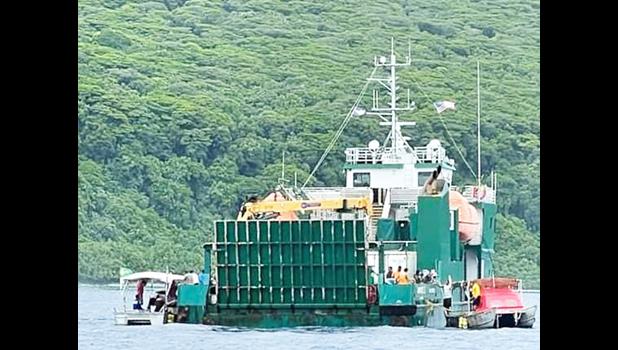 Pago Pago, AMERICAN SAMOA — The MV Manuatele is set to resume ocean transportation for the Manu’a island group after it was dry-docked for repairs, while the U.S Department of Transportation (USDOT) has granted a cabotage waiver for Samoa Airways to continue providing American Samoa’s intra-flights.

Port Administration announced in a brief statement last Friday that the MV Manu’a is scheduled to depart tomorrow, Tuesday, Jan. 24 for Manu’a and return the following day.

The Governor’s State of the Territory Comprehensive Report touched on the ferry service, saying that the Administration has continued to invest in the expansion of and building the efficiency of Manu'a’s air and surface transportation infrastructure.

The report also says that the past two years saw an increase in reliable and frequent surface travel between Pago Pago and Manu’a. Data in the report shows that in calendar year 2021, the MV Manuatele sailed to Manu’a 57 times and last year the government-owned vessel sailed 48 times. This compared to 2020 with only 3 sails. (Samoa News notes that 2020 was in the midst of COVID-19 restrictions.)

For air service, it’s provided by the Samoa government-owned Polynesian Limited, dba Samoa Airways and the Lemanu-Talauega Administration has renewed its support for the airline.

In a Jan. 05 letter to USDOT, Gov. Lemanu P.S Mauga expressed support for another extension to the cabotage exemption waiver for Samoa Airways.

As American Samoa continues to be without a U.S carrier to service the air transportation needs of Manu’a residents, the governor told USDOT that Samoa Airways has filled a void by serving that community.

Lemanu reminded USDOT that the cabotage waiver “is essential to ensuring the people of Manu’a are able to travel and have access to essential services like the territory’s only hospital located” on the main island of Tutuila.

The governor expressed appreciation to USDOT for their past support of the waiver requests “as it has been critical for American Samoa.”

The governor’s letter is included in the airline’s waiver exemption application dated Jan. 17 and USDOT granted approval two-days later. The new waiver is effective Jan. 23 to July 21 2023 — which is a period of 180 days in accordance with federal law.

According to the application, Samoa Airways will continue to operate three to five weekly flights between Pago Pago and the Manu’a Islands depending on the needs of island residents and shippers and aircraft availability as well as medical evacuation and other emergency flights as needed.

In the Comprehensive Report, the Administration points out that it remains committed to serving the people of Manu’a by improving government services and investing in critical infrastructure projects.

“These projects are necessary and crucial to improving access to government services and the quality of life for our Manu’a residents,” it says. “Government presence on the Manu’a Islands has continued to expand.”

Besides inter-island service, the report points to expanded service by the Development Bank of American Samoa (DBAS) and Human and Social Service Department (DHSS).

DBAS continues to serve the Manu’a islands by providing the same services available in Tutuila. Out of the 61 loans for fishermen and farmers under the Special Project Commercial Loans for farmers and fishermen, 20 of the funded loans are for the Manu’a islands.

For DHSS, the report summarized improvements to better serve the people in the Manu’a Islands:

•           Hired two new staff members under the Children and Family Services Division (CFSD) to provide CFSD services and support in their offices in Ofu and Fituta.

•           DHSS has also relocated their Fitiuta Office from behind the Fitiuta airport to the main road next to the CCCAS church and across from the Fitiuta Elementary School for better access.

Samoa News notes there are several infrastructure projects, such as roads, wharf and airport improvements as well as ASG buildings, which are listed under the individual departments, that oversee these projects.