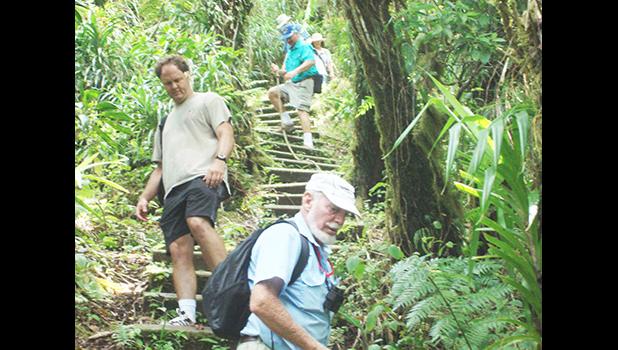 “These expenditures supported a total of 18 jobs, $784,000 in labor income, $1.4 million in value added, and $2.2 million in economic output in the American Samoa Economy,” according to a summary of the report, released early this week.

Visitor spending in 2017 was estimated at $4.0 million; while economic output in the local economy was $5.2 million, according to data provided in the report, which covers all states and territories of National Park lands.

Nationally, the report shows $20.2 billion of direct spending by more than 318 million park visitors in communities within 60 miles of a National Park. This spending supported 329,000 jobs nationally; 268,000 of those jobs are found in these gateway communities. The cumulative benefit to the U.S. economy was $40.1 billion.

The peer-reviewed visitor spending analysis was conducted by economists Catherine Cullinane Thomas and Egan Cornachione, of the U.S. Geological Survey; and Lynne Koontz of the National Park Service. (More details on www.nps.gov)

The National Park of American Samoa is spread across the island of Tutuila, as well as Ofu and Ta’u in the Manu’a island group. About 4,000 acres of the National Park is under water, off shore from the three islands.