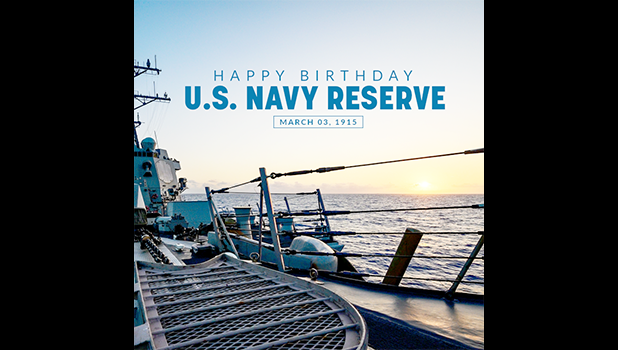 Washington, D.C. – Congresswoman Uifaatali Amata highlighted the birthday of the Navy Reserve, and offered congratulations with the following statement:

“Happy birthday to the Navy Reserve! Since 1915, 106 years ago on March 3rd, the Navy Reserve has served the cause of freedom in countless ways, and in every war. The mission grew with the years, and is a key part of our Armed Forces. Following World War II, five who served in the Navy Reserve went on to become President of the United States: John F. Kennedy, Lyndon Johnson, Richard Nixon, Gerald Ford and George H.W. Bush. A sixth served right after the war, Jimmy Carter.

“Today, in American Samoa, we take pride in our exceptional enlistment rates, and our many Veterans, military families, and service men and women in every aspect of our military. We thank them all.

“Today, we specifically celebrate the U.S. Navy Reserve and its essential role. The Navy Reserve trains with dedication for readiness when called. As they say, ‘Ready Now, Anytime, Anywhere.’ They are professionals in our military, while part of the communities where they live and work. May God continue to bless American Samoa, the United States, and our brave men and women in uniform.”