New Fono building expected to be completed in Dec. 2022 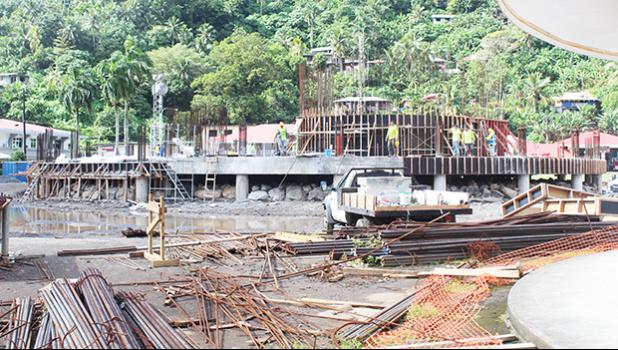 Pago Pago, AMERICAN SAMOA — The status of the construction of the new Fono building in Fagatogo yesterday, with Paramount Construction crew on the platform carrying out their work. The building — which meets federal flooding zone requirements is expected to be completed in December 2022 — based on testimony to lawmakers earlier this year.

Seen in the photo are the pylons that had to be included as part of the foundation due to the building being built in a Flood Zone, otherwise it would not meet FEMA insurance requirements.

A total of $11 million of the newly issued 2021A bonds will fund the furniture, fixtures and equipment for the Fono building along with minor adjustments for additional meeting space and offices along with new office space for all Fono members. The money will also upgrade the compound’s landscape as well as any needed upgrades/renovations to the Fono Guest Fale, that is being used as the temporary Senate chamber.