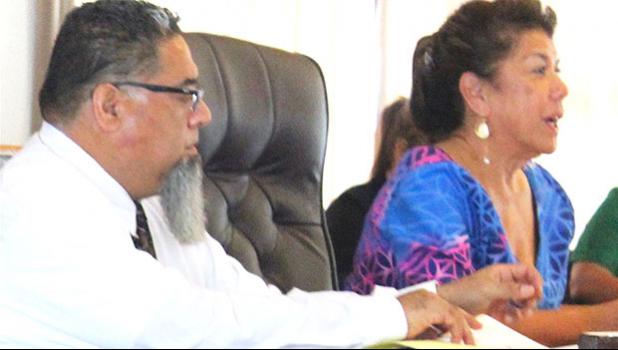 Among the issues raised is the status of whether an air traffic control tower will ever be constructed at Pago Pago International Airport, to which Taimalelagi said not only does her department continue to raise this issue with FAA officials, but Gov. Lolo Matalasi Moliga has also raised it with the US Department of Transportation.

However, she says the response from the feds is that airlines and passenger traffic at the Tafuna airport doesn’t warrant a control tower, which costs around $12 million. Taimalelagi said however, ASG continues to raise this issue with the federal officials every chance they have.

Also asked during the budget hearing were questions about the revenue collected at the airport, through services such as the money the public pays to park at the airport. Taimalelagi explained that those details are listed under the Airport Division’s profit and loss statement.

The airport division also gets an annual subsidy from the ASG general fund of $1 million, which brings the Airport Division’s FY 2019 total budget to $3.12 million.