Update: No ventilators included in shipments to American Samoa 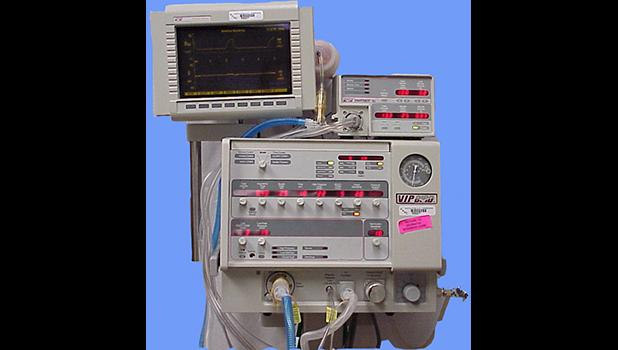 In his request letter, the governor informed Thompson that the territory currently has 12 operable ventilators at LBJ Medical Center, which has a total of 132 licensed beds with 57 currently in use and 17 ICU beds for an estimated population of over 60,000.

Lolo points out that American Samoa “received some” personal protective equipment (PPEs) in the first shipment from the federal Strategic National Stockpile (SNS) and there was also a second shipment from SNS.

He said neither shipment contained the 10 ventilators that were requested and a new request again includes the request for 10 ventilators. (Samoa News notes that the governor is referring to the shipment arranged by the US Federal Emergency Management Agency (FEMA) with its federal partners.)

“We are very mindful of the gross shortage in ventilators across the country and we don’t want to appear insensitive by pushing for more ventilators for American Samoa,” Lolo said, adding that while “we support the current mantra to distribute ventilators based on the need and the steepness of the coronavirus curve, we are all alone in the South Pacific with Hawaii 2,300 miles away.”

According to the governor, the territory doesn’t have the “luxury of going over to the next-door state to secure ventilators within 72 hours” pursuant to established federal government process guidelines.

He notes that there are currently no flights into American Samoa so the territory is depending on FEMA sponsored flights and a once-weekly cargo flight.

“It would appear heartless nor do I want to project the image that we are oblivious to the great suffering and pain being felt throughout our nation, given the we have yet to register a confirmed case, but our remoteness impels me to prepare in the event the inevitable happens,” he explained to Thompson.

The governor expressed appreciation for the aid Congress has approved to provide “assistance to help us cope with the harsh effects of the coronavirus.” He also notes that the US Interior Department has been diligent in making sure that the needs of the territories, including American Samoa, are met.

Furthermore, Congresswoman Aumua Amata is “working hard to articulate our needs and to ensure that we are given the tools in the form of equipment — ventilators — and PPEs and other medial supplies.”

In conclusion, the governor thanked Thompson and his committee for making sure that American Samoa’s needs are addressed.