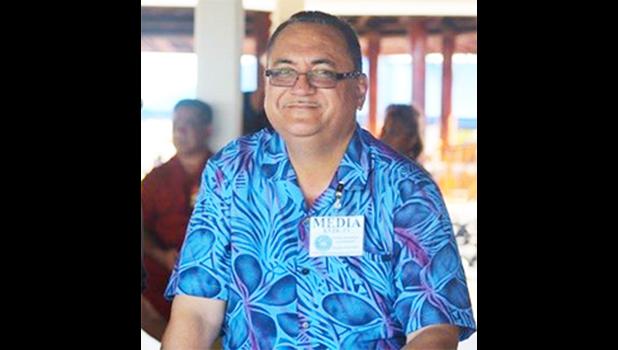 Pago Pago, AMERICAN SAMOA — Governor Lolo Matalasi Moliga has submitted to the Fono for confirmation this week one director appointee as well as members for the Campaign Spending Commission and Election Board.

In his letter to Fono leaders this week, Lolo said that Tialuga is well versed in the management and operations of OPI.  As deputy director of the office since June 2013, he was responsible for building up the staff through workshops and seminars to ensure that employees had the proper skills to execute its mission. This was in addition to his many other administrative and strategic responsibilities within OPI.

Lolo added that Tialuga has performed admirably in previous public service positions as the Governor’s Press Officer and as marketing specialist at the American Samoa Telecommunications Authority.

“Tialuga’s experience will be an asset for the office as the administration moves towards transition,” said the governor.

He urged Fono leaders to review the nomination and confirm Tialuga as director.

Lolo said Vaagi and Tau are being nominated to replace Sialega Tuiga and Levi Reese, who have each resigned their positions.

Fagaoatua is currently the Deputy Director for the Territorial Energy Office but has also participated in the electoral process as a former Representative.

Vaaiga has 40 years of service to American Samoa, including 26 years working for four different Senate Presidents.

Ms. Tau previously served as an election official in the Election Office and has spent the last 13 years working for the Procurement Office.

“These individuals each bring with them a wealth of experience and knowledge that will be of great value in performing their duties with the Commission,” said Lolo.

Lolo added, “All three of these appointees are well-qualified and provide varied perspectives. For these reasons, I urge you and your colleagues to review their appointments and confirm them to the Campaign Commission,” Lolo concluded.

In his letter to Fono leaders, Lolo said that the appointment of Savusa and Patane are to replace Fagamalama Fualaau and Tualatai Laumoli, who have resigned their positions.

Lolo said both Savusa and Patane bring with them decades of public service. Savusa has served as an Immigration Officer since 1996. Her work on immigration cases has prepared her for the challenges of hearing appeals as required of the Board of Registration.

Patane on the other hand has served as a Harbor Master since 1980 for the Department of Port Administration. He has also been involved in the electoral process having managed and assisted in several different polling stations in the past.

“With the election quickly coming up, it is important that we fill these positions with qualified and capable individuals such as these,” said Lolo.

He urged Fono leaders to review the appointments and confirm Savusa and Patane.