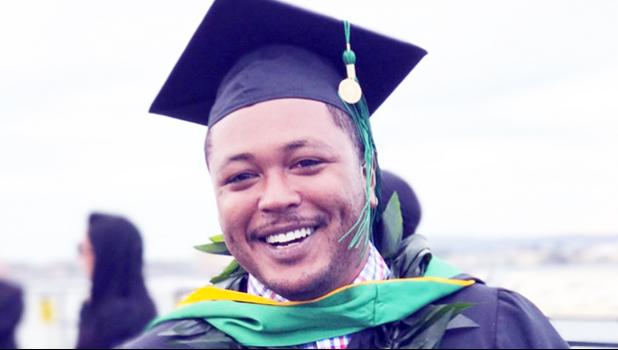 Pago Pago, AMERICAN SAMOA — Thirty-two year old Marquis Leauma was a passenger in a car that crashed on the east side of Tutuila early Sunday morning, Sept. 13.

The police commissioner Le’i Sonny Thompson declined comment Wednesday, and a police official declined to give information about the crash details, including when and where it happened.

According to witnesses Leauma was in the backseat of a car when it struck a tree on a coastal road and landed in shallow ocean water early Sunday. Reportedly two others in the car took off after the crash, but were found later and detained.

Without naming the victim, Gov. Lolo Matalasi Moliga mentioned the death during his Wednesday cabinet meeting and it has been reported that Leauma was the governor's grand-nephew.

Leauma was a standout player in the early to mid 2000s, first at Vista High School, then in neighboring San Marcos at Mission Hills High School — all in California.

On Friday nights in the fall, Leauma would often bring fans to their feet with his prowess on the football fieldOn the Saturday mornings that followed, his father would buy stacks of newspapers that featured sports stories bearing his son’s name. In his senior year, he rushed for more than 1,000 yards.

“He was the baddest football player, but the sweetest person,” younger brother Aaron Leauma said.

Marquis went on to play football at Palomar College, then transferred to Tabor College in Kansas. A few years later, he came home to North County with a bachelor’s degree in psychology.

“Once he got into college, a switch just clicked,” Aaron Leauma said. “He dedicated himself to wanting to help people, bring attention to mental health.”

He went on to earn a master’s degree, and traveled to American Samoa last year to gather data for his doctoral dissertation, which his brother said was completed and submitted last week.

His brother said Leauma fell in love with the island. “He wanted to immerse himself in our culture and really help the people there,” the brother said.

Upon his return to the island a few months later, there was a bit of competition to hire Leauma, said Muaiao Moliga, behavioral health case manager for the Department of Health in American Samoa, which finally succeeded in bringing him on staff. He went to work for the department as a behavioral health counselor, and helped create a substance abuse rehabilitation program.

“He was so passionate and so driven,” Moliga said. “We really needed someone with his expertise and capacity.”