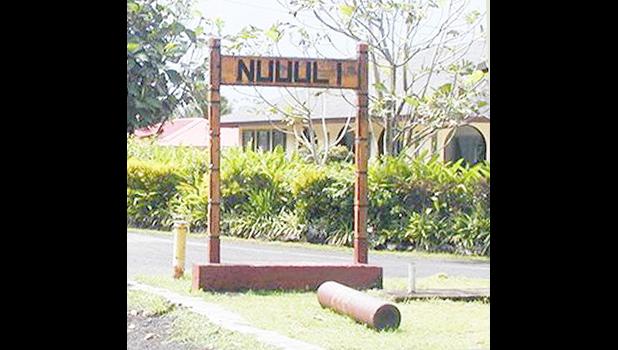 “There are still non-Samoans who show up to swim on Sundays but we remind them to abide with no swimming on Sunday, including Coconut Point,” he said during a break in Senate hearings last Friday.

Another re-enforcement is the 5 m.p.h speed limit for vehicles heading into the Nu’uuli aai or main center — heading toward Coconut Point. “We are still observing some vehicles not complying with the posted speed limit in the aai,” said Soliai, who noted that another enforcement is the ban on discharging firearms anywhere in the village.

Also there is a curfew going into the Nu’uuli aai and it’s for 30-minutes starting at 6p.m.

He said the village council appreciates everyone’s support and cooperation for these village rules to keep the village, its residents and others safe.