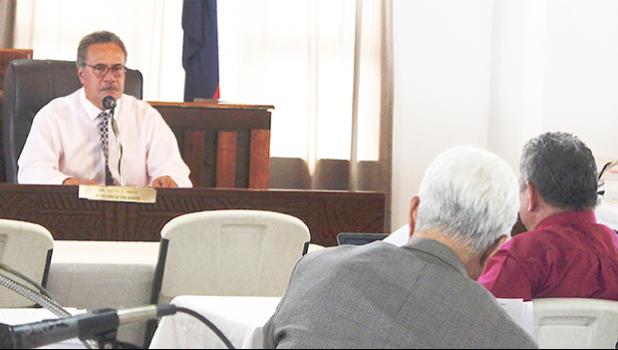 According to the budget document, Galea’i’s current salary is $75,000 — which is the same amount for proposed FY 2020.

Sen. Tuaolo Manaia Fruean asked what Galea’i’s current salary is, to which the director said, $65,000.

ODAPM is involved in a lot of federal grants through the US Federal Emergency Management Agency (FEMA) — totaling $1.24 million, according to the budget document, which also shows that the balance — or $4.55 million — comes through local revenue sources such as the base-terminal fee; supplemental rent and terminal fees, including tanker truck replacement.