One Thousand Ropes brings pride to our Samoan people 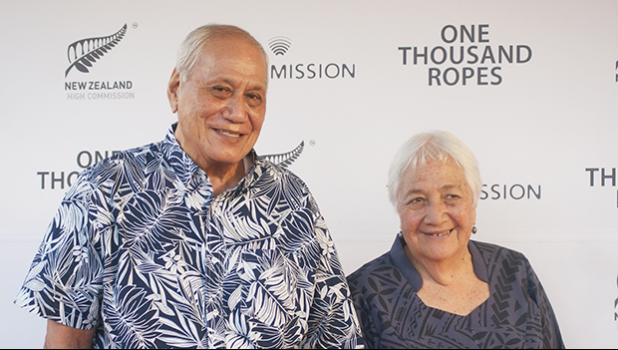 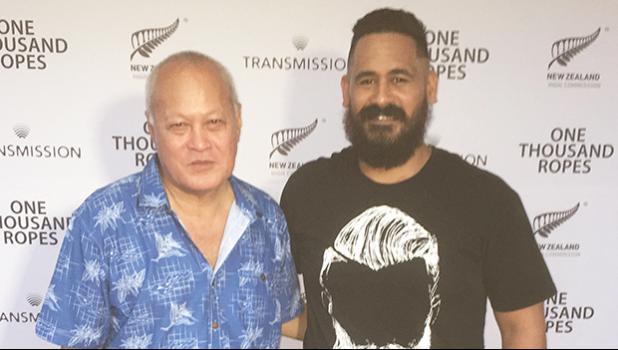 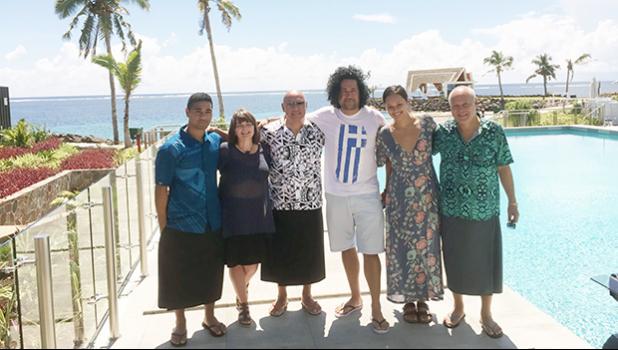 Putting to bed expectations that Samoans only appear on screen for laughs or as gangsters, the new Samoan film that was released in theatres last night is definitely something some of our locals, who were present at the premiere, recommend to watch.

One Thousand Ropes is the second feature film from writer/ director Tusi Tamasese and producer Catherine Fitzgerald, which was released in Samoa and New Zealand cinemas Thursday, March 23 (Samoa Time).

A red carpet was rolled out to welcome the director, producer and cast members like Tuiasau Leota Petaia, Frankie Adams, Beulah Koale and Tusi Tamasese during the invites-only premier.

Tusi Tamasese, who directed “The Orator” (O le Tulafale), felt inspired again to share another Samoan-inspired film at his home in Samoa. “I wanted our people to see this movie, as it was something I’ve been working on for couple of years and something very different.”

His Highness Tupua Tamasese Efi and his Masiofo attended the red carpet event, telling Samoa News in an interview after the premier, “This movie was very authentic. It had some sensitive things there, lots of truths. It definitely made a point about violence physically and verbally, especially the values and secrecy of our people.”

He added, “This is a positive thing. I am impressed with how this movie was created, I know this will encourage our own people to make something just like how this Director was about to make this movie.”

During the press conference, prior to the premier, the director said his favorite films are the ones that have antiheroes — characters like Michael Sullivan (Road to Perdition), Pale Rider, Scarface, Travis Bickle and etc. These characters showcase people at the ends of despair who through the strength of human spirit find their way out.

“I’m fascinated by these characters because of their transformation, their search for redemption. I’m fascinated because of that small speck of goodness lurking in the deepest pits of t heir souls. This interests me to create and write,” said the writer-director “One Thousand Ropes”.

Some American Samoa residents attended the Premiere, with a Tafuna resident telling Samoa News that he was “proud of this movie especially that both languages, English and Samoan were used. It’s how parents and children are communicating nowadays. There is a lot of progress happening on our Samoan side, and I recommend to everyone to watch this movie. This movie is made about anyone, and with all the other Samoan movies that have been out, this one will inspire them to write and create something about their own lives — just like how Tusi did it.”

Another local comment was from Danny of Pago Pago, who said, “I really enjoyed this movie. It is very different and it speaks truths about our culture and our people. It definitely needs to be shown in Pago. Tusi and his cast are awesome for putting this together. We need more people like them, who think outside of the box.”

Tuai Uelese Petaia, who acted as the father in “One Thousand Ropes” told Samoa News, “I hope that Regal will approve it anytime soon so our neighboring island of American Samoa can watch it too. When that time comes, the team and I plan to fly over to premiere the movie, because you deserve to see it too.”

To date there’s been no word from Regal’s head office if this will happen or not.