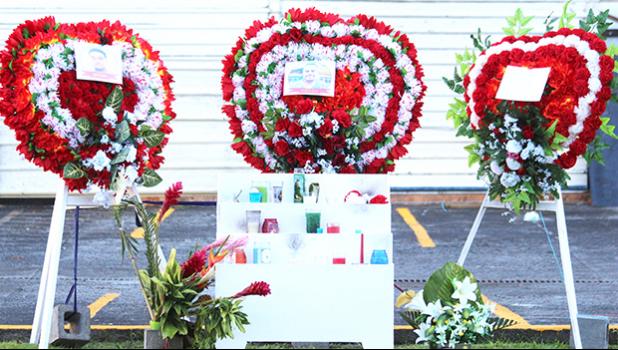 Pago Pago, AMERICAN SAMOA — The US Occupational Safety and Health Administration (OSHA) has closed its case against Manu’a’s Inc., dba Manu’a’s Discount Store, after the locally based company paid the penalty of over $35,000, according to spokesperson with the US Department of Labor (USDOL), whose agencies include OSHA.

The legal dispute — which landed in a federal appeal’s court — is in connection with the deaths of three men, who were electrocuted at Manu’a’s compound at the Tafuna industrial Park back in 2017. One other man was hospitalized with serious injuries resulting from electrocution.

As previously reported by Samoa News, Manu’a’s Store had appealed to the Washington D.C. federal appeals court a decision more than a year ago, by the Occupational Safety and Health Review Commission (Commission) which affirmed an OSHA penalty imposed on the Manu’a Store.

In January this year, the U.S Court of Appeals in Washington D.C. “denied” Manu’a’s Store’s petition to review the “final order” issued by the Commission. (See Samoa News edition Jan. 29th for details.) Manu’a’s Store didn’t file any response to the court ruling on the appeal, according to court records.

OSHA online public records, as of last Friday, show the Manu’a Store case as “closed” and final total penalty of $35,492 for four “serious” violations — $8,873 is the penalty for each violation.

Responding to Samoa News inquiries, a USDOL spokesperson points out that the federal appeals court denied Manu’a Store’s petition for review of the Commission decision. And that the “employer paid the full issued penalty of $35,492, and the case is closed,” the spokesperson said Monday but didn’t elaborate as to when the penalty was paid.

USDOL points out that that all employers are required to comply with the applicable provisions of the Occupational Safety and Health Act of 1970, and the applicable safety and health standards promulgated pursuant to the Act to protect their employees.

The truck mounted crane was unloading steel beams from an open top container when the boom truck cable touched a high power line causing electrical current to flow down the steel beam into the arms and bodies of the three employees, who were on the ground.

“All three employees were electrocuted,” the investigation report states. Samoa News notes that the incident occurred at the time when Manu’a Store was conducting a construction project at the Tafuna site and had contracted Jersey Corporation dba Asia-Pacific Engineering and Construction Services, Inc. (APECS) to address the crane safety standards at issue.

Manu’a Store had argued - among other things - that it should not be held responsible for addressing safety crane standards, as that is the responsibility of its contractor.

Federal attorneys for USDOL argued in court filings that the “undisputed record evidence establishes that Manua’s failed to assess its worksite for power line safety or identify a crane’s work zone,” which resulted in violation of federal labor law, and Manu’a’s “did not train its employees on safety procedures when working with cranes around power lines.”