Positive tests at ASG’s Honolulu quarantine may be “false positives” 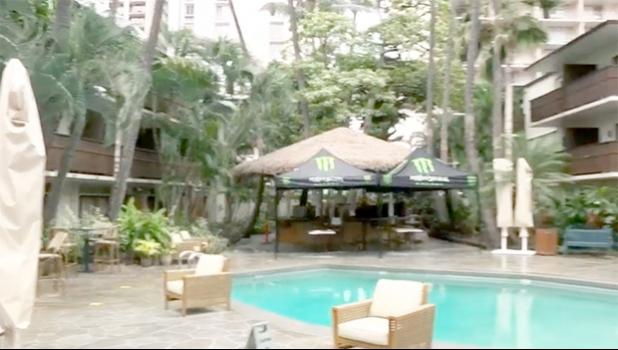 Pago Pago, AMERICAN SAMOA — The 5 people who reportedly tested positive for COVID-19 at the American Samoa Government Quarantine facility in Honolulu and were moved to the Hawaii Quarantine Center may be put back into the ASG Quarantine if their ‘retest’ proves the original tests were false positives.

According to information received from members of the Tagata Tutu Faatasi Alliance- American Samoa who are in the ASG Quarantine, the original tests resulted in two Positives and 3 Exposed, meaning of the 5 reported to test positive for the coronavirus, actually only 2 did, while the other 3 were removed due to contact with the two who tested positive.

Samoa News was told that in one room, there was a mother and child — the test came back and the child was positive and mother was negative.

And then another woman was also removed because she was exposed to one of these people.

As a result, the Hawaii Quarantine Center, where these people were moved, will be conducting re-tests and if they come back negative, the five persons will be put back into the ASG Quarantine program.

With the talk of ‘false positives’, antibody tests will be conducted on Saturday, Jan. 23rd (today).

Samoa News first reported the five cases based on information given out during a press conference on Wednesday morning at the Governor’s Conference Room. The meeting was attended by Gov. Lemanu Peleti Mauga, along with four members of the task force, including the Chair, Lt. Gov. Talauega Eleasalo Ale. Members of the media were also invited.

It was during the meeting that Gov. Lemanu updated the Territory on the repatriation flight that will bring home over 160 people and that 5 people had been screened positive. This was confirmed by members of the American Samoa Government COVID-19 Task Force.

When asked by Samoa News about the 5 cases, members of the Task Force stated that this is a good sign of the government’s preparations, because it reveals who is infected with the virus.

They assured the public that DoH and LBJ health personnel in Hawaii are being assisted by a team from the US Centers for Disease Control and Prevention and the Hawaii Health Department.

Head of the LBJ Hospital said that there was nothing to worry about because everyone involved in the repatriation effort is all ready and prepared for anything that may happen when the first flight arrives.

Currently there are 161 passengers that according to the Territory’s Department of Health have been tested and are now in a 12-day quarantine in Honolulu, Hawai’i before they catch the first repatriation flight to American Samoa on Monday, Feb 1, 2021.

The Health Department’s acting director Motusa Tuileama Nua told senators on Thursday during his confirmation hearing that the change of date for the departure of the first repatriation flight — Jan. 29th to Feb. 1st — is due to the 5 cases in Honolulu.