Proposed change in funding formula for highway spending would boost Am. Samoa’s take 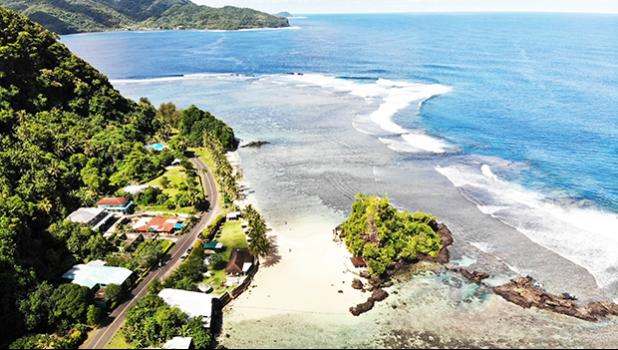 Washington, D.C. — Wednesday, Congresswoman Uifa’atali Amata highlighted a proposed increase in highway funding for American Samoa that would implement a yearly boost in federal road-related funding of more than $6.8 million, taking it from the current $4.2 million to over $11 million. This would represent more than a 200 percent increase over the previous formula for the territories.

“The territories won an increased formula last Congress together in the House, and worked together again to establish a higher allotment for our roads in the proposed House bill,” said Congresswoman Amata.

On Friday, Transportation & Infrastructure Committee Chairman Peter DeFazio of Oregon introduced the new surface transportation bill that falls under his Committee’s jurisdiction. This proposed legislation would increase the Territorial Highway Program to a combined total of over $113 million in fiscal 2023, reaching over $119 million by fiscal 2026. Upon passage and being signed into law, that would change American Samoa’s highway funds from the current $4.2 million to over $11 million each year.

“Our islands’ roads require timely upkeep and improvements, and these can be more important because often the ocean and mountains prevent any alternative routes,” Amata said. “In addition to traffic and the usual wear, our roads are affected by sun and salt, along with erosion, tropical rains, and sometimes rock slides. I will keep you informed about the progress of this legislation.”

The proposed increase for American Samoa and the territories is within a major five-year transportation reauthorization bill. Known as the Invest in American Act, the overall bill has a pricetag of $547 billion to fund roads, highways and other transit systems, along with bridge upkeep, repairs or replacements, and many other transportation projects throughout the country. The reauthorization will proceed on its legislative path this month, starting with an already scheduled markup in committee. The current surface transportation authorization is set to expire September 30, 2021, and will require full (or stopgap) renewal by that time.